Imagine you’re working on a famous music producer’s claim. After the insured’s house suffered from major flooding, many of his collectible record albums have been seriously damaged and it’s your job to evaluate his belongings and determine their net worth. Do you know enough about music and records to accurately execute this claim? 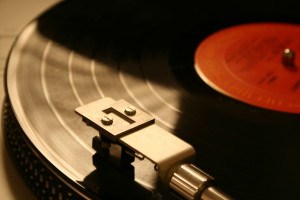 Records, also known as albums, record albums, or LPs, are a series of audio recordings released as a single package. Once the primary way people listened to music, records have been replaced by the cassette tape, compact disc, and mp3, respectively. But record albums will always be considered recorded music’s first distribution medium and because of this, they are highly collectable.

Vinyl records are making a comeback as a novelty/collectible, and many recording artists these days are going back to the future in releasing their music as a limited edition vinyl.

Record albums are made from a certain class of vinyl, a synthetic resin or plastic that consists of polyvinyl chloride or a related polymer. Vinyl is relatively light, generally shiny and typically black. Vinyl can warp easily when exposed to too much heat or simply from poor storage, making collectible records potentially very important as insured possessions, especially if the album in question is rare and highly sought-after.

Although records may look very much alike at first glance, every single one of them is grooved with tiny rings–not unlike the rings on a cut tree trunk–that are spaced apart depending on the number and length of an individual track. When the record player needle is placed on one of these grooves, it will play whichever track that groove represents. That’s where the slang term “groovy” comes from.

Records can be distinguished from each other in various ways. Each is circular and generally has a round label in the center listing information such as the album title, musician or band name, composer, and sometimes track listings and song lengths, the producer “label”, copyright info and release year dates. Classic record labels include Atlantic, Capital, Columbia, Elektra, Epic, Motown and Warner Bros.

Another differentiating factor for records is their sleeves. Each record generally comes in a thin cardboard pocket – a precursor to the compact disc (CD) case. Sleeves boast some type of artwork or photos related to the recording artist, as well as important contents information such as album name, artist name, year of publication and record company. Also, like the vinyl label, some sleeves will show track listings and song lengths.

There are a few main types of records named for their rotational speeds. The most common are the 33⅓, the 78, and the 45 rpm (rotations per minute). They can also be described by dimensions, such as 12-inch, 10-inch, and 7-inch being the most common; their time capacity, such as LP for “long playing”, a “single” and an EP, for “extended play”. EPs are too short to quality as a full studio album, or LP. Album sleeves will also mention fidelity (reproductive accuracy), or the number of channels of audio they provide, such as mono, stereo and quadraphonic.

While the overwhelming majority of records are black, a standard 12-inch size, and have a standard 33⅓ rpm, there are those with distinct differences that can be considered rarer and sometimes more valuable. For instance, there are some that are red, blue, orange, green, white or even glow-in-the-dark. If a band decides to issue a select number of their newest release in a color other than black, the colored version of the disc could be worth more.

A few records are even made from different materials, other than vinyl. In 1978, the Han-O-Disc Liquid Disc was created. It was filled with liquid aniline dye-colored silicone fluids that shifted around almost like a lava lamp. This type of record was never widely released because there were too many issues with leakage.

Picture discs were experimented with in the 1930s and later, in the 1970s, featuring pictures on either or both sides of the record. These are fairly rare to see and can be valuable to collectors. The same goes for shaped discs, where the record can be shaped as something other than a disc, and etched discs, where one side of an album may be embossed with images or writing for a striking visual effect.

Records are generally evaluated in a simple manner. Because the record labels and sleeves contain all the pertinent information, they’re easy to identify for evaluation. These are the key value factors to consider:

Rarity is obviously a major factor, too. Some records were pressed in very limited runs. As an extreme example, there’s only one copy of the Wu-Tang Clan’s “The Wu – Once Upon a Time in Shaolin” LP, and it has reputedly drawn offers of up to five million dollars. Promotional records, limited runs and bootlegs can all be very valuable, if they are rare. The acetate discs that would act as master discs to make molds for pressing vinyl are also highly sought after and often command big fees.

As you can see, there’s much to consider when evaluating a record collection. Thankfully, there are many online guides that you might refer to as a starting point. 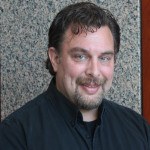 Scott Lacourse is a director at Enservio, www.enservio.com, a provider of contents claim software, payments solutions, inventory and valuation services for property insurers.