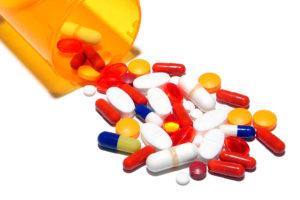 According to the report, prescription drugs account for one of every six medical dollars spent on workers’ compensation claims. Total workers’ comp spend on pharmaceuticals annually is about $5.5 billion, though the report noted that an exact figure is difficult to calculate.

Payers credited tighter clinical management, better integration with their pharmacy benefit managers and prescriber interventions for the decrease. All have opioid management programs to limit the number of initial opioid prescriptions and/or decrease morphine equivalents across as many claims as medically appropriate.

“Twenty percent of the respondents also had assertive settlement initiatives and have been closing older claims,” said Joseph Paduda, president of CompPharma, LLC. “Overall, payers have seen drug costs go down by 11 percent in the past six years despite the 2014 increase.”

According to survey respondents, prescriber behavior, opioids and compounds were named as pharmaceutical cost drivers.

Nearly 40 percent of respondents named compounds as an emerging issue in comp pharmacy, according to the survey.

Pharmacy Benefit Management (PBM) consolidations received mixed reactions from the payer community. Some respondents hoped mergers would bring better pricing and more clinical capabilities while others expressed concern that the lack of competition would breed complacency.

“There is a sense of acceptance along with a little wariness about potential customer service issues,” Paduda said. “Consolidation in other segments of the industry has spawned customer service problems when people-based operating models were replaced with offshored or tech-enabled models.”

A complimentary copy of the 2016 survey can be downloaded from www.comppharma.com.