With Labor Day ahead and back-to-school traffic adding to road congestion, Allstate’s 2016 America’s Best Drivers Report reveals motorists in certain cities are safer drivers when navigating the gridlock, and their suburban counterparts frequently perform better. The report finds that when factoring population density, together with the frequency of auto property damage claims, Madison, Wisc., has the safest drivers. 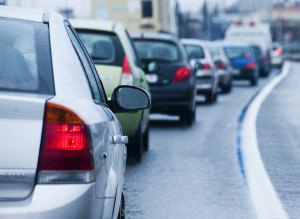 “As people look forward to Labor Day trips, hurry to get children to class on time and take care of many other needs, we urge drivers to always exercise caution,” said Glenn Shapiro, Allstate’s chief claims officer. “Americans are spending more time behind the wheel, leading to more collisions, rising roadway costs and potentially deadly outcomes.”

The 10 safest-driving cities, when factoring auto property damage claims with population density, are:

The insurer uncovered new data on how city drivers compare to their suburban counterparts. With less population density, suburban drivers tend to get into collisions less frequently and experience fewer hard-braking events – defined as slowing down eight miles per hour or more over a one-second period:

“With more people and more traffic, we would expect drivers in cities to experience more crashes,” said Adrian Lund, president of the Insurance Institute for Highway Safety. “Still, suburban drivers need to be vigilant on the roads. With higher speeds in these areas, serious injuries are more likely when crashes occur.”

The U.S. Department of Transportation says that from March 2015 to February 2016 Americans drove 3.15 trillion miles, an increase of more than 3 percent over the previous 12 months and the largest year-to-year increase in over two decades. According to the National Safety Council, more than 38,000 roadway fatalities occurred last year, the highest count since 2008.

The report also provides insight into braking habits in more than 100 cities across the country, using hard-braking data culled from Allstate’s Drivewise technology that gives consumers the ability to monitor driving habits to improve safety and gain rewards on their insurance.