Drowsy driving’s annual societal costs are estimated to be $109 billion, according to the National Highway Traffic Safety Administration (NHTSA) and Governors Highway Safety Association (GHSA). The figure is likely higher given that it doesn’t include property damage costs. With an estimated 83.6 million people getting less than seven hours of sleep per day, according to the Centers for Disease Control (CDC), it’s not surprising that an estimated 5,000 people are killed in drowsy driving-related crashes per year. 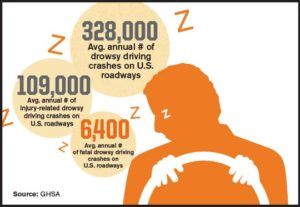 A new report funded by State Farm proposes a multi-prong approach to reduce these types of crashes. “Wake Up Call! Understanding Drowsy Driving and What States Can Do”, released by the GHSA last week examines drowsiness, its effect on driving and how best to address the problem. 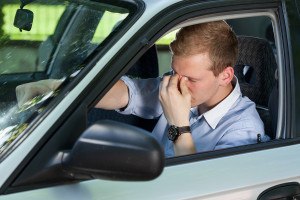 Because many accidents related to drowsy driving are underreported, the struggle is understanding how big the problem is, according to researcher and report author Pam Fischer. Using NHTSA crash data taken from reported accidents that occurred between 2009-2013, the AAA Foundation for Traffic Safety found that seven percent of all crashes involved drowsy driving.

While any one can be impacted, the report identified key groups at high risk for drowsy driving: 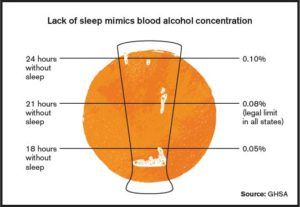 The report emphasizes that driving while drowsy is a form of impaired driving and that public education needs to include the fact that it can be “just as dangerous as driving while drunk, drugged or distracted.”

The report outlined commonalities among these types of crashes:

Counter measures suggested to reduce the incidence of driving while drowsy include legislation, enforcement, education, infrastructure engineering and in-vehicle technologies.

The NHTSA unveiled a new multi-year safety campaign targeting drowsy driving. In addition, the agency amended the definition of impaired driving to include the term drowsy driving along with drugs, distraction and being drunk.

The report states that a yearlong campaign that keeps all sectors involved is necessary and should be included in state highway safety plans. The plans should concentrate on data collection initially, since crash reports don’t always contain sufficient information to pinpoint whether drowsy driving was a factor in a crash.

The next step in the initiative is to consider new laws addressing driver fatigue. According to the report, Arkansas and New Jersey are the only states that currently have drowsy driving laws. 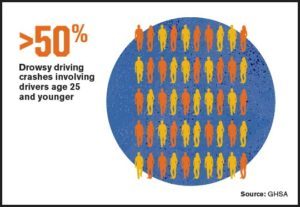 The report also suggests changes to address teen drivers, like nighttime driver restrictions and later start times for school. The state of Massachusetts imposed a curfew of midnight to 5:00 a.m., increased fines and license suspensions for each offense, and saw a significant reduction in crashes involving drowsy teens.