You may have heard the news stories from November of last year when in Canastota, N.Y., thieves broke into the International Boxing Hall of Fame and made away with six championship boxing belts. According to Canastota Police Chief James Zophy, “The belts stolen are ‘priceless’ and can’t be replicated.”

The items were definitely on the high side of the “esoteric meter,” so much so that in February of this year, Hall of Fame Boxer Mike Tyson issued a tweet offering a reward for any information leading to the return of the championship belts. As of today, the belts have yet to be recovered, and the boxing community continues to offer rewards, and hold on to hope, for their return.

Determining value for these “priceless” items proved challenging due to the fact that there was no insured stated value, no scheduling of items and really no benchmark that could be used for guidance. This claim is a picture-perfect testament to the importance of scheduling out items before the peril, but that was unfortunately not the case in this loss.

On their own merits, the six boxing championship belts were clearly one-of-a-kind items. Our extensive research on the history of these belts uncovered how four of the six belts were prize belts from Carmen Basilio, a professional boxer who was a world champion in both the Welterweight and Middleweight divisions in 1955, 1956 and 1957. The most valuable of the six belts was awarded in Basilio’s prize fight against Sugar Ray Robinson in (1957). The other two belts were awarded to Tony “Zale” Zaleski, the “Man of Steel.” Zale, who died in 1997, held the Middleweight title multiple times. The second most valuable belt of the group was awarded to Zale in 1947 for his fight against boxing legend Rocky Graziano.

Solving the case: This was a claim that would intimidate most sports memorabilia generalists. We reached into our extensive network of appraisers and connected with one of, if not the only, appraiser in the world that had the expertise to provide a defensible value for the unique belts. The specialist researched other boxing memorabilia attributed to the particular boxers in the marketplace, as well as values for other boxing trophies and awards from the 1940’s and 1950’s, in the effort to create a benchmark for the value of the belts.

Based on this benchmark and the appraiser’s expertise, we were able to establish a defensible value for the collection that exceeded $200,000.

As of the time of this writing, the search for the belts continues, and the International Boxing Hall of Fame asks that any information be shared at: http://www.ibhof.com/pages/news/belts.html 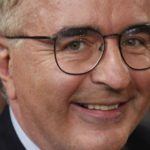 David McCarron is a senior review appraiser for Enservio (www.enservio.com), a provider of contents claim management software, payments solutions, and inventory and valuation services for property insurers. McCarron has more than 25 years of experience as an appraiser and auctioneer for regional and international auction houses, including senior positions at Eldred’s, Sotheby’s, Boos Gallery, and most recently, Freeman’s. His broad knowledge across many disciplines is recognized and respected throughout the auction world and has made him a popular television figure, including appearances on The Oprah Winfrey Show and CNN. He has been a regular appraiser on Antiques Roadshow since the show’s premiere in 1997. He may be contacted at DMcCarron@enservio.com.