The American Law Institute (ALI) is the preeminent independent legal organization in the United States producing scholarly work in the legal field, including its “Restatement of the Law” treatises which are meant to inform practitioners on general principles of common law. The ALI entered the field of insurance law for the first time in 2010, when the ALI initiated its Insurance Law project, ultimately leading to the development of the Restatement of the Law of Liability Insurance. The ALI’s Insurance Law project took a significant step forward in May 2016, when it’s membership voted to approve Chapters 1 and 2 of the Restatement of the Law of Liability Insurance.

The ALI’s Insurance Law project was first introduced in 2010 as the “Principles of the Law of Liability Insurance” project. According to the ALI, its “Principles” projects “express the law as it should be, which may or may not reflect the law as it is.” However, in October 2014, the ALI converted the “Principles” project into a “Restatement” project—a move that substantially magnified the project’s significance and influence because Restatements of the Law are generally regarded as clear formulations of common law, and are often cited by courts and attorneys as support for their positions.

As stated in the ALI Style Manual, the Restatements seek to set forth “clear formulations of common law . . . as it presently stands or might appropriately be stated by a court.” However, given the unsettled nature of various insurance law issues in many jurisdictions, as well as competing rules adopted by different jurisdictions, the goal of setting forth “clear formulations of common law” is often more easily stated than accomplished.

An Overview of the Restatement of the Law of Liability Insurance

The Restatement of the Law of Liability Insurance will ultimately consist of four chapters. Chapter 1 is titled “Basic Liability Insurance Contract Rules” and contains three major topics: interpretation, waiver and estoppel and misrepresentation. Chapter 2 is titled “Management of Potentially Insured Liability Claims” and contains three major topics: defense, settlement and cooperation. Chapter 3 is titled “General Principles Regarding the Risks Insured” and contains three major topics: coverage provisions (i.e. insuring clauses and exclusions); conditions; and the application of limits, deductibles and retentions (i.e. number of occurrences and allocation). Although not yet drafted, it is anticipated that Chapter 4 will address enforceability, remedies (including claims for bad faith) and broker liability.

With regard to the most fundamental insurance law issue—the interpretation of the policy itself—Section 3 of the Restatement generally adopts the majority rule that “[a]n insurance policy term is interpreted according to its plain meaning.” However, the Restatement includes a significant exception to the “plain meaning” rule where “extrinsic evidence shows that a reasonable person in the policyholders’ position would give the term a different meaning.” As a result, the Restatement states that even where a policy term “is unambiguous on its face . . . extrinsic evidence may be used to show that the term has a different meaning in context.” In making this determination, the Restatement provides that “the court necessarily expands its view to consider the circumstances”, including the characteristics of the policyholder with greater or lesser experience in the insurance market.

The “plain meaning presumption rule” adopted by the Restatement is at odds with the majority rule in most jurisdictions that an insurance policy is subject to general rules of contract construction and must be construed according to its plain terms when the policy is unambiguous. In fact, prior to the final vote on Chapters 1 and 2 of the Restatement, a motion was brought by an ALI member to replace the “plain meaning presumption rule” with the traditional “plain meaning rule”. However, this motion was defeated despite concerns raised by several judges that the “plain meaning presumption rule” adopted by the ALI would cause confusion. It is anticipated that the approach to policy interpretation adopted by the Restatement will lead to greater uncertainty in the interpretation of standard coverage forms and higher costs in resolving insurance coverage disputes because courts will often be called upon to interpret coverage forms in light of extrinsic evidence rather than the plain language of the coverage form at issue.

Section 13 was the subject of substantial debate during the ALI’s vote on Chapters 1 and 2 of the Restatement. In fact, the original version of Section 13 presented prior to the vote permitted the use of information beyond the pleadings to avoid a duty to defend when such facts have no bearing on the facts alleged in the complaint. However, despite the fact that this more general rule has been adopted by most courts that have addressed the issue, policyholder representatives among the ALI membership successfully moved to modify the language of Section 13 to permit the use of extrinsic evidence only under the three narrow exceptions outlined above. The Reporters responsible for drafting the Restatement have agreed to consider other possible exceptions where courts have permitted the use of extrinsic evidence; however, to date, the version of Section 13 adopted by the ALI includes only the three exceptions outlined above.

It is impossible to identify every possible situation in which an insurer should be able to rely upon information outside of the allegations of the complaint to decline a duty to defend. In fact, under the “notice” pleading rules applied in most jurisdictions, the complaint often omits facts that may impact a fundamental issue of coverage because such facts have no bearing on the merits of the underlying case, such as whether the events giving rise to the claim occurred during the policy period or whether the incident occurred outside of the coverage territory as defined by the policy. For example, in long-tail exposure claims, triggering dates are rarely included in the pleadings, and are often omitted intentionally by plaintiff’s counsel in an effort to trigger as many policies as possible. As a result, the Restatement’s limitation of the use of evidence outside of the complaint to the three narrow exceptions discussed above could require insurers to defend claims for which there is clearly no coverage based upon undisputed facts.

Consequences of Breach of Duty to Defend

The majority of jurisdictions that have addressed the issue have held that an insurer does not automatically forfeit its coverage defenses if it is found to have wrongfully breached its duty to defend. This majority of courts has declined to impose an automatic indemnity penalty because such a rule would be overbroad, unfairly punitive and interfere with the parties’ contractual rights. A minority of courts have held that an insurer that wrongfully breaches its duty to defend does automatically forfeit its coverage defenses on the theory that any other rule would allow insurers to convert a “duty-to-defend” policy into an “after-the-fact defense-cost-reimbursement” policy.

The Restatement rejects both the majority rule and the minority rule in favor of a “middle ground” approach. Section 19 provides that an insurer that breaches the duty to defend a legal action loses the right to contest coverage for the action, but only if the insurer breaches the duty to defend “without a reasonable basis.” The Comments to the Restatement indicate that the “reasonable basis” standard is satisfied “when there is a sufficient basis in the law for taking that legal position” such that “a reasonable insurer would take [the legal position] under the circumstances.”

This “reasonable basis” rule may have been appropriate if the ALI’s Insurance Law project had remained a “Principles” project, which “express the law as [the ALI believes] it should be, which may or may not reflect the law as it is.” However, in adopting the “reasonable basis” rule, the ALI Reporters have exceeded the stated purpose of a “Restatement” project, which is to set forth “clear formulations of common law . . . as it presently stands or might appropriately be stated by a court.”

The Restatements are highly regarded by judges, who will often turn to the Restatements for guidance when their state appellate courts have not yet addressed a particular legal issue. Accordingly, as the Restatement of the Law of Liability Insurance continues to develop, it will have a significant impact on those who address insurance law issues on a daily basis. In fact, the ALI Style Manual acknowledges that the Restatements at times seek to “effect changes in the law” in order to “make the law better adapted to the needs of life.” As a result, it will be important to monitor the ALI’s progress as it continues to develop the Restatement of the Law of Liability Insurance, particularly as the ALI adopts rules in unsettled or novel areas of insurance law. The advisers and members consultative group for the ALI’s Insurance Law project are slated to meet again in October 2016, to continue their debate and work on Chapters 3 and 4. 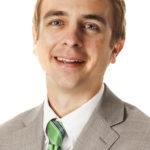 David L. Brown, a partner with Goldberg Segalla, represents insurers in complex insurance coverage disputes and has achieved victories in cases of first impression in state and federal courts at both the trial and appellate levels. 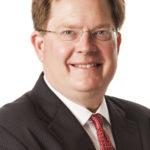