A former Oklahoma insurance executive has been chosen to head the Louisiana Citizens Property Insurance Corp., the state’s property insurer of last resort.

In her new role, Pittinger, a senior vice president, will oversee Chubb North America’s seven regional claims executives and 24 claims business consultants. Her team is responsible for aligning the claims organization with the business plans and objectives of the division’s regional executive officers and regional chief operating officers and managing the company’s claims relationships with local agents, brokers and customers. Based in Warren, N.J., she will report to Jeffrey J. Miller, executive vice president, who along with Douglas Poetszch, executive vice president, is in charge of Chubb’s North America claims operations.

Pittinger has more than 25 years of insurance industry experience. Prior to ACE Limited’s acquisition of The Chubb Corporation in January 2016, she served as senior vice president and worldwide claims business consultant manager for Chubb. In addition to leading a team of claims business consultants, who provided specialized claims account management services to middle market and risk management customers, agents and brokers, she oversaw Chubb’s claims third-party administrator relationships.

Brian Brown, who will report to Pittinger, has been appointed senior vice president, North America claim client executive manager. He will continue to provide executive client services to Chubb’s North America Major Accounts division. He also will now lead a team of 24 claims business consultants, a dedicated group that provides claims account management services to the customers of Chubb’s North America Commercial Insurance and Major Accounts divisions. He will be based in Philadelphia.

Brown has more than 25 years of industry experience, including various claims management roles. Prior to ACE’s acquisition of Chubb, he served as claims client executive for ACE.

The Board of Directors of Erie Indemnity Company, the managing company for Erie Insurance, named Timothy G. NeCastro its president and CEO-designate effective June 1. He will succeed current president & CEO Terrence W. Cavanaugh, who joined Erie Insurance in 2008 and previously announced his retirement for later this year. 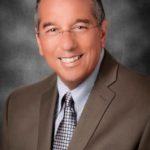 NeCastro joined Erie Insurance in 1996 as manager of internal auditing and was promoted to senior vice president and controller in 1997. In 2008, he broadened his experience, taking on the role of senior vice president of product and policy services, overseeing customer service, personal & commercial product development and processing areas.

Since 2010, he has held the position of senior vice president and regional officer of ERIE’s west region. This encompasses the sales and agency responsibilities in the western half of ERIE’s 12- state footprint.

Prior to joining Erie Insurance, NeCastro held positions as the director of finance at Plastek Group and as a senior manager at Ernst & Young.

A native of Erie, he is a Certified Insurance Counselor (CIC) and holds licenses in property & casualty and life insurance. He is married to Lisa NeCastro, director of ERIE’s Commercial Lines Services.