Swiss Re Corporate Solutions announced the appointment of Ivan Gonzalez as CEO North America. He moves from his current position as CEO Latin America and assume the new role on July 1, 2016, relocating to New York from San Paulo. 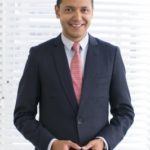 Gonzalez succeeds Bob Petrilli, who has decided to leave Swiss Re at the end of 2016.

He will implement the company’s expansion strategy in the United States and Canada, markets he knows well from working in New York for Swiss Re’s Principal Investment & Acquisitions division between 2000 and 2006. He will maintain his current responsibilities ad interim until his successor is designated.

Gonzalez has been with Swiss Re for 16 years, working in Switzerland, the United States and Brazil. In 2011 he became CEO Latin America for Swiss Re Corporate Solutions. Under his leadership, the company achieved exponential, high-quality growth in the region through organic initiatives and acquisitions. Moreover, he helped build a competitive commercial insurance organization with a local presence in Brazil, Colombia and Mexico, as well as an office in Miami covering the wholesale business.

Mark Anquillare has been named to the newly created position of chief operating officer, with responsibility for the company’s insurance business units and its technology and customer experience organizations.

Toczydlowski most recently served as executive vice president and president, Small Commercial, Business Insurance Technology and Operations. Since joining Travelers in 1990, he has held numerous positions in systems, finance, underwriting, product, marketing and business development. He previously served as president of Personal Insurance.

Since joining the company, Spadorcia led several businesses and initiatives that have helped differentiate Travelers. She has been a member of the Management Committee since 2005, when she was appointed to lead Claim Services. Spadorcia spearheaded the creation of Travelers’ state-of-the-art training facility, Claim University, and developed a company-wide catastrophe response model that transformed the way Travelers mobilizes around large-scale disasters. She was named CEO of Personal Insurance in 2009 and CEO of Bond & Specialty Insurance in 2014. She has also served as a director of the Travelers Foundation.

In his new position, Doll will be responsible for personal, commercial and agriculture lines of business, sales, field operations and customer service. He also will ensure that CIG’s insurance business operations are holistically aligned with the corporate strategy, and that the execution of insurance functions are consistent across the organization.

Doll began his insurance career as an actuarial analyst in 1990 and transitioned to a Midwestern-based national insurance company in 1992 to become a senior actuarial analyst. After joining a Wisconsin-based regional property and casualty insurance provider in 1995, he eventually became assistant vice president of Specialty Lines Underwriting and later vice president and chief actuary. Doll has since held executive management positions for national insurance carriers. He is a Fellow of the Casualty Actuarial Society.