According to a recent study conducted jointly by the University of Colorado Anschutz Medical Campus and the AAA Foundation for Traffic Safety, older drivers that have a history of falling have a 40 percent higher risk of being involved in motor vehicle crashes.

Despite this increased risk, drivers ages 40 – 80 still have a lower risk of being involved in a crash than drivers in their early 20s. In fact, according to the foundation, teen drivers cause more fatal crashes than senior drivers.

The foundation noted that 12 million seniors will experience a fall. Researchers released results of a study last year that found falls among the elderly are on the rise. The findings were published in JAMA Internal Medicine.

Researchers analyzed data between 1998-2010 among seniors age 65 and over and found an 8 percent increase in falls – which translates to a relative increase of almost 30 percent.

“We expected an increase because older adults are getting older and there are more 80 and 90-year-old adults than before, but we were very surprised to find that the increase in falls was not due to the changing demography,” said lead author Christine Cigolle, M.D., M.P.H., assistant professor in the departments of Family Medicine and Internal Medicine at the University of Michigan and a research scientist at the VA Ann Arbor Healthcare System Geriatric Research, Education and Clinical Center.

Among seniors ages 65 and older, the two-year prevalence of self-reported falls increased from an estimated 28 percent in 1998 to 36 percent in 2010.

The AAA Foundation’s study found that older drivers who fell in the past face more limitations behind the wheel. 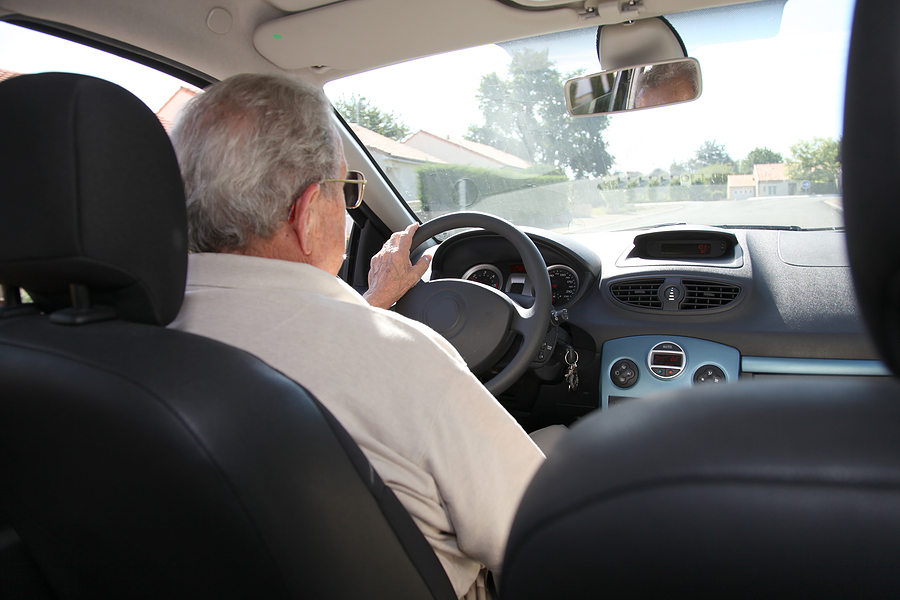 “Drivers age 60 and older are involved in more than 400,000 crashes each year, and it’s important that we find ways to keep them and others safe on the road.” said Peter Kissinger, president and CEO of the AAA Foundation for Traffic Safety. “This research is critical because it shows that we can now use an older driver’s fall history to identify if they are at greater risk for a crash.”

The research was conducted as part of the Longitudinal Research on Aging Drivers (LongROAD) project.

In the report, Associations Between Falls and Driving Outcomes in Older Adults, researchers outline two reasons why falls can heighten an older driver’s crash risk. They include:

“When it comes to physical health, you either use it or lose it,” said Jake Nelson, AAA’s director of Traffic Safety and Advocacy. “Falls often scare people into being less active, but decreasing physical activity can weaken muscles and coordination and make someone more likely to be in a crash.”

Preventing falls will make roads safer, the study suggested. Study authors recommend “addressing health issues that led to the fall such as lower body weakness, poor balance, slow reaction time, certain medications, dizziness or vision problems, noting that it can help older drivers strengthen their functional ability and lower their risk for crashing or experiencing another fall in the future.”

Four years ago, The Hartford and the AgeLab at the Massachusetts Institute of Technology ranked the top 10 auto technologies that can aid older drivers. Some of the technologies, in particular, may assist older drivers who have lost some mobility as a result of falling. These include:

Reverse monitoring systems: warn of objects to the rear of the vehicle to help drivers judge distances and back up safely, and helps drivers with reduced flexibility

Blind spot warning systems: warn drivers of objects in blind spots, especially while changing lanes and parking, and helps those with limited range of motion

Lane departure warning: monitors the vehicle’s position and warns the driver if the vehicle deviates outside the lane, helping drivers stay in their lane

Vehicle stability control: helps to automatically bring the vehicle back in the intended line of travel, particularly in situations where the driver underestimates the angle of a curve or experiences weather effects, and reduces the likelihood of a crash

Assistive parking systems: enable vehicles to park on their own or indicates distance to objects, reducing driver stress, making parking easier, and increasing the places that a driver can park

Crash mitigation systems: detect when the vehicle may be in danger of a collision and can help to minimize injuries to passengers