As workers’ compensation fraud costs top out at an estimated $7.2 billion a year, according to the National Insurance Crime Bureau, insurers are looking at ways to combat the crime.

There are several warning signs that a workers’ compensation claim may be fraudulent. These include Monday morning reports of an injury that happened the previous week, conflicting descriptions of how the injury occurred, no witnesses and a history of claims, according to a 2011 white paper on the subject released by Employers, an insurer specializing in small businesses.

Brad Balentine, SIU director at David Morse & Associates, said that using surveillance and social media are two ways to verify suspicious claims. Though using surveillance in claims handling can be an expensive, it is still an invaluable tool. Hours spent waiting for a claimant to be spotted can increase costs, but a thorough investigation completed prior to surveillance can cut costs and result in success, he said.

“You’re waiting, but what you want to do is proactively do your research as much as possible to make sure that your chances of getting something from the expenses are the best that they can be,” Balentine said. 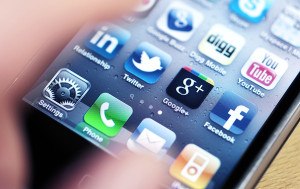 Social media can aid in an investigation by offering a photo of the injured person so the subject can be correctly identified prior to surveillance. In addition, investigators can use social media sites to documents activities in which the injured may be involved. If there is a question as to the residence of an individual, social media may reveal a photo taken in front of a house. Through online research, the address can be determined and verified.

Roy Mura, an attorney with New York-based Mura & Storm, said that a completed Facebook profile can contain up to 40 pieces of personal information. In his presentation, he noted that insurance investigations are aided by social media in the following ways:

Photos found on social media sites may include metadata that can offer details on a person’s location when the photo was taken.

State insurance departments actively use surveillance and social media in their fraud investigations.

The Kia Dancing Hamster fraud case was one California case that received wide media attention. Leroy Barnes, one of the dancing hamsters in a series of Kia commercials, was arrested on insurance fraud charges. Barnes allegedly lied to doctors about his employment status while receiving disability benefits. Besides working on the auto manufacturer’s commercials, Barnes performed in a rap group under an alias, recorded a song and worked as a backup dancer for Madonna, Kelly Rowland and Chris Brown under the name Hypnosis. He entered a no contest plea to the charges and was sentenced to 90 days of electronic monitoring, 400 hours of community service and was required to pay $24,000 in restitution.

The Ohio Bureau of Workers’ Compensation (BWC) received an allegation that Tyman was working for a tree service company and getting paid under the table.
Investigators obtained surveillance footage of Tyman cutting down trees and hauling logs for a tree service company, repairing cars and moving a large dumpster at an auto repair shop. Interviews confirmed that he was paid for the work. Tyman worked while receiving temporary total disability benefits for a prior workplace injury. (Watch the video here: https://ohiobwcfraud.wordpress.com/2015/03/12/surveillance-footage-shows-massillon-man-trimmed-trees-repaired-cars-while-collecting-disability/)

Tyman was sentenced to three years of probation and was ordered to pay $6,703.21 in restitution to BWC. If he violates the terms of his probation, he may be sentenced to serve up to six months in the county jail.

Also in 2014, an Ohio woman was charged with one misdemeanor count of falsification for filing a false claim, after she filed a claim with the BWC indicating that she fell at work, although she posted on a social media site that she fell at a gas station.

An investigation revealed that Kayla Fortman reported to her employer and treating physician that she fell in a company parking lot, when she actually fell while getting out of her vehicle at a gas station across the street. Fortman was sentenced to 180 day suspended jail sentence and two years’ probation. In addition, she was ordered to pay $200 in court costs and to make restitution to BWC in the amount of $1,908.76.