While information derived from usage based insurance telematics hasn’t been fully utilized in the claims process, the benefits it can provide – consistency, efficiency and accuracy – offer a way to reduce claims costs according to David Lukens, LexisNexis director.

Most U.S. insurers have some form of telematics programs in pilot mode at the very least, said Lukens, who is no stranger to the claims process having previously managed claims operations at AIG. Using telematics in claims is considered an accurate way to predict loss costs and many UK insurers have already implemented telematics information as the first notice of loss. 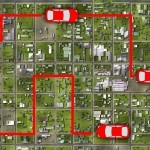 Since many companies already have telematics programs in place but aren’t using the data for claims yet, he recommended insurers begin now when data is small because it is easier to manage. In addition, he said it is easier to integrate new pieces of data slowly.

Outside of the U.S., every LexisNexis client using telematics data in its claims processing is experiencing significant savings, said Lukens. As an example, when an accident happens, the information is transmitted back to LexisNexis. The information is then used as a first notice of loss (FNOL). A message alerts the carrier of the insured’s accident. The carrier can then reach out to the insured and send help to the scene. In fact, to avoid bandit tow trucks, the insurer can dispatch a tow truck to the scene and mitigate the possibility of high tow and storage charges. The insurer can also expedite repairs by having the car moved quickly from the scene. The carrier can even dispatch a rental car to the scene. This, according to Lukens, provides a “phenomenal customer experience.”

Telematics provides a great amount of data initially for the adjuster to process the claim. This data typically includes weather details, time, date and location of crash, speed and direction of travel. Lukens said this reduces the time it takes to collect the information piecemeal. As a result, an adjuster can decide liability and compensability more quickly.

Not every telematics incident reported is an actual accident – there can be false positives if, for example, an insured driver hits a speed bump too quickly. For every four calls, one is a real accident, said Lukens. Insurers don’t mind as it gives them a chance to reach out to insureds.

The first involved a parking lot crash. As is often the case, these types of crashes are usually word against word, with no police involved and no police report. Driver 1 backed out of a parking spot, pulled up and stopped in the aisle when driver 2 backed into it causing damage. At the scene, driver 2 admitted fault and gave her auto insurance information to driver 1. When driver 1 called driver 2’s insurer, she got a different story. Driver 2 said driver 1 was at fault. Driver 1 filed a claim with her own auto insurer and after review of telematics data that showed driver 1 was at a complete stop, driver 1’s deductible was waived and she was offered a rental car. This is because driver 1’s insurer knew the chances of a full subrogation recovery were good given the available telematics data.

The second example involves a subrogation claim for $85,000 for a 2011 crash, which was submitted as a FNOL. The insured denied the accident ever happened and then stopped cooperating with his insurer. Driving data showed the insured car was not being driven at the time of the crash. The insurer denied the subrogation claim based on the telematics information. Turns out the insured was an immigrant and didn’t understand why he needed to continue to cooperate with his insurer. A common fraud scenario was uncovered – fraudsters look for vulnerable people and report a hit and run after the fact.

The third example involves a phantom hit and run. A family heading to an amusement park for the day reported it. The insured driver had no claims history. The car was back at the insured’s house. A UM reserve at $70,000 for five cases of whiplash (insured and her kids) was opened. Telematics data indicated the car was inside the garage when the insured said the accident happened. It further revealed the car was used on the date of loss after 11 pm and its location was pinpointed to an abandoned car wash. It was learned that a van was used to smash the vehicle multiple times until it was towed back to the insured’s home. The insurer continued to monitor the insured and found more red flags. Her attorney’s office and other locations connected to her claim also turned up in six other claims. The ring was reported to law enforcement and eventually prosecuted.