Nearly 157 million Americans planning to celebrate Halloween this year, according to the National Retail Federation (NRF), and with all that fun comes a heightened risk of property damage, injury and even death.

The NRF estimated total spending for the holiday is expected to reach $6.9 billion with Americans forecasted to spend much of that on candy, costumes and Halloween decorations. The National Confectioners Association expects $2.5 billion in candy sales alone. The holiday isn’t just for people anymore, the NRF reports $350 million will be spent on pet costumes alone. 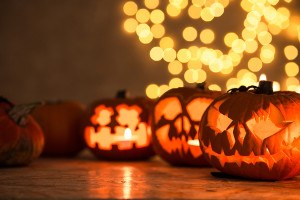 The risks could be heightened given that Halloween falls on a weekend this year.

“November 1st is a busy day for insurance adjusters given that more vandalism claims are filed on Halloween than any other day of the year,” said Christopher Hackett, Property Casualty Insurers Association of America (PCI) director of personal lines policy. “Halloween 2015 comes on a Saturday night so there will be more festivities, more cars and more little zombies dodging cars on dark streets. The fun of Halloween also brings more risk of auto and homeowner claims.”

According to safekids.org, twice as many child pedestrians are killed while walking on Halloween than on any other day of the year.

In 2012, almost half of all crash fatalities on Halloween involved a drunk driver compared to 31 percent on an average day that year, according to National Highway Traffic Safety Administration statistics. In addition, more than a quarter of Halloween crash fatalities involved pedestrians, compared to 14 percent on an average day. While alcohol has always been a contributing factor in fatal crashes, of the pedestrians involved in fatal crashes in 2012, one in three had blood alcohol concentrations of .08 grams per deciliter or higher – the illegal alcohol level for drivers in all 50 states.

Vandalism is another concern around this time of year.

An analysis by the Highway Loss Data Institute (HLDI) found that personal cars are twice as likely to be vandalized on October 31 as on an average day. The agency reviewed vandalism claims between 2008 and 2012 reported by 28 companies that represented two-thirds of the insurance market for private passenger cars, and reported that on any given day the companies combined averaged 692 claims. The average cost per claim was $1,528, for a total average daily cost of more than $1 million per day. Halloween had the highest average number of claims for any day of the year by 81 percent with an average of 1,253 claims. The average cost per claim on Halloween was $1,660, nearly 9 percent higher than the annual daily average cost per claim. The HLDI found that the estimated cost to the insurance industry is about $2.8 million just on Halloween alone, much of which is attributed to the high volume of vandalism claims.

Vandalism to cars isn’t the only type of claim to increase around Halloween. Decorations can also pose a potential hazard.

The NFPA Fire Analysis & Research Division conducted research between 2006 and 2010 and found that decorations were the item first ignited in an estimated average of 900 reported home structure fires per year. Nearly half of those fires occurred as a result of decorations being too close to a heat source. Forty-one percent of these incidents were started by candles; one-fifth began in the living room, family room or den. The fires resulting from decorations caused one civilian death, 41 civilian injuries and $13 million in direct property damage per year.

The U.S. Fire Administration’s newly released figures indicate that there are on average 10,300 fires during a three day Halloween weekend. The fires result in 25 deaths, 125 injuries and $83 million in in total property losses, the agency reported.

“A little preparedness can keep it a claims-free All Hallows Eve. Remember to park your car in a safe, well-lit location or keep it inside a garage,” said Hackett. “Homeowners can also take steps to minimize accidents. Keep the path to your front door well-lit and free of obstacles that could cause falls. Also, make sure your pets do not rush the front door each time the doorbell rings with trick-or-treaters. Halloween is not just a risk for auto insurance claims. Homeowners should keep in mind that their creepy crawly decorations can also become an attractive nuisance that could cause liability claims under a homeowners’ insurance policy,” said Hackett. “Although carving pumpkins is an annual family tradition, using candles can be a major fire hazard.”

Halloween parties come with their own risks, according to the Insurance Information Institute, “Anyone hosting a Halloween party should take steps to limit their liquor liability and make sure they have the proper insurance.”

Social host liability laws vary by state, the I.I.I. said. Party hosts could be held liable for injuries that occur at a host’s home or liability might extend if a person provided alcohol kills or injures someone or themselves.