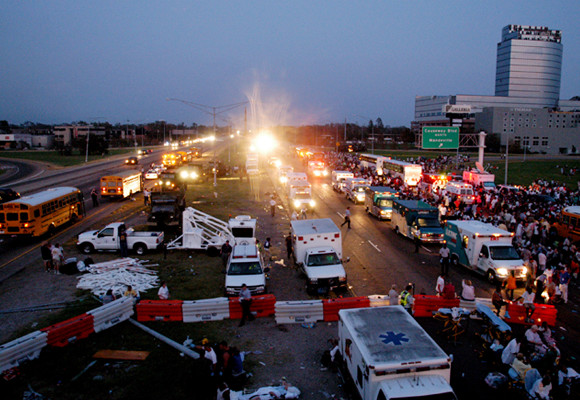 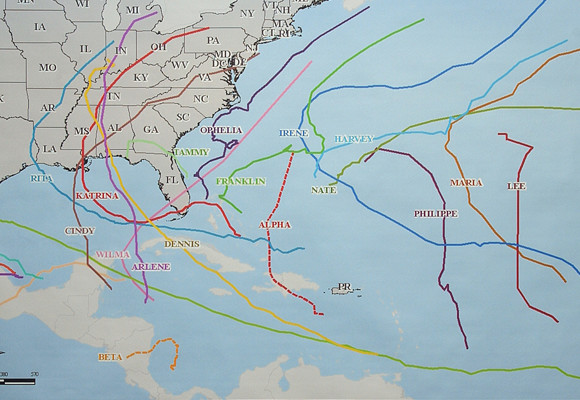 The 2005 hurricane season closed with a record number of storms 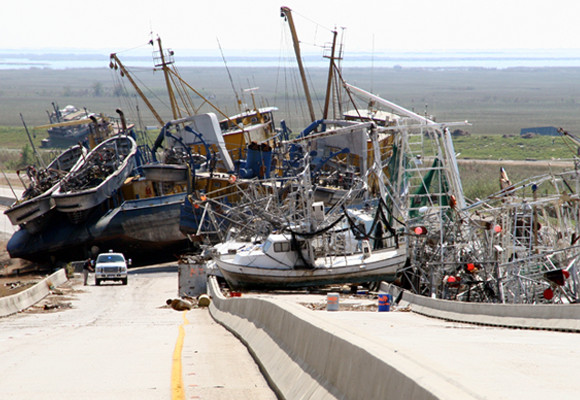 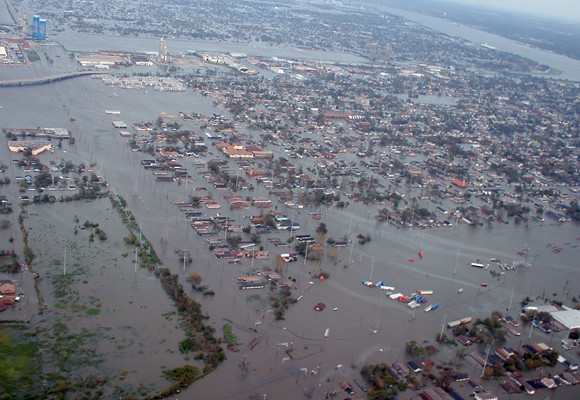 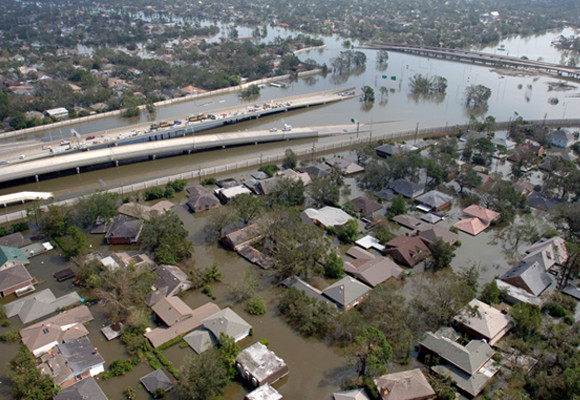 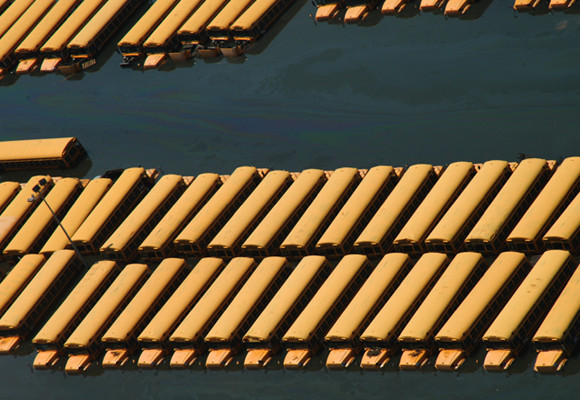 School buses have been swamped by the floodwaters following hurricane Katrina 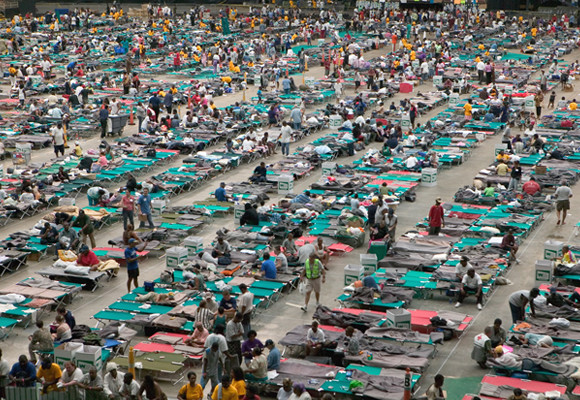 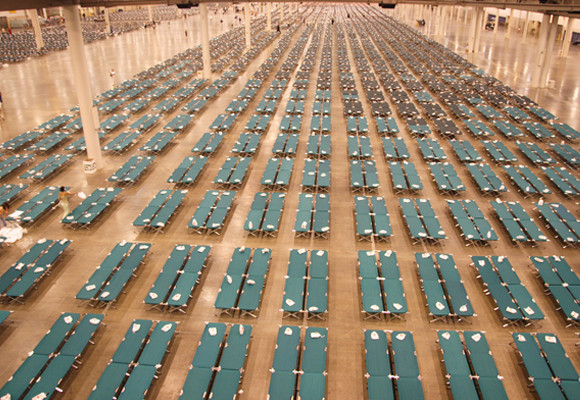 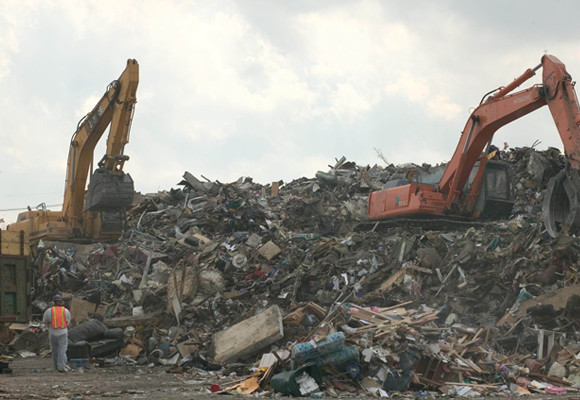 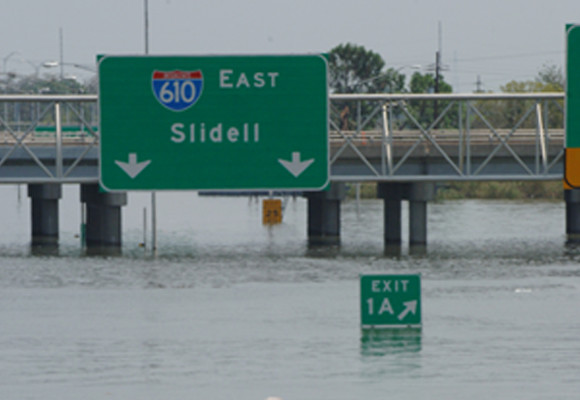 An interstate near the Superdome

The nonprofit Federal Alliance for Safe Homes (FLASH) released its latest paper, Disaster Resilience Rising Means the Time is Right, offering recommendations to strengthen the U.S. building code system by putting innovative disaster resilience policies into place ahead of the next disaster.

The commentary cites the pattern of disaster-impacted communities pledging to “Build Back Better”, but missing out on pre-disaster opportunities to embrace the most fundamental element of disaster resilience—updating, adopting and enforcing strong building codes.

According to NOAA’s Billion-Dollar Weather and Climate Disasters: Overview, the U.S. has sustained 178 weather and climate disasters since 1980 where overall damage/costs reached or exceeded $1 billion, and the total costs of the 178 events exceeds $1 trillion.

“An uncompromising system of strong, continuously updated building codes with consistent enforcement is essential to our country’s pursuit of disaster resilience,” said FLASH President and CEO Leslie Chapman-Henderson who co-authored the paper along with Senior Policy Analyst, Audrey K. Rierson, J.D. “However, some states are not keeping pace, or worse, they are losing ground. We must use codes to innovate the way we build, and win against the mounting human and financial cost of disasters.”

According to the authors, several state codes are actually regressing to earlier versions and some states are pushing for longer code cycles, from three to six or nines years. The authors write, “we wonder if leaders in these states understand that institutionalizing older codes can handicap communities ’ efforts to achieve resilience. Do they understand how, over time, the older codes can create a path to obsolete housing stock that cannot compete with neighboring states for new residents who want resilient building practices,
enhanced energy efficiency and more?”

Optimize property protection opportunities in model code and standard development by balancing all of the existing values, including public health, safety and welfare.

The authors state, “Some believe that beyond-code initiatives indicate dissatisfaction with the minimum nature of building codes. We believe that beyond-code initiatives represent
the leading edge of code development and double as “code-future” when they leverage innovation. Additionally, beyond-code standards provide local stakeholders, public or private, an essential tool to manage growing financial and social losses in disaster zones.”

The authors suggest adding members from a variety of stakeholders, including consumers, emergency management, insurance, local government and meteorologists.

Support code adoption and enforcement mechanisms through an enhanced, well-resourced system of information provision to state and local officials as well as the public regarding benefits and mechanics of building codes and disaster-resilient construction.

According to Chapman-Henderson and Rierson, accurate costs and benefits analyses need to be provided to state and local officials. They state, “Helping communities better understand their hazards is key to overcoming inaction, especially when the insights present a surprise.”

Increase engagement by all stakeholders in the building code system through robust participation in each phase, including model code development, state and local adoption, and enforcement.

The authors cite the hospital industry as an example of one that had to resolve overlapping requirements and overcome two building codes which caused redundancies and increased compliance costs.