Longtime New York City subway cops have seen copper thefts before, but last week’s heist on a stretch of open-air tracks was particularly brazen: 500 feet of inch-thick cable stripped from the rails in the middle of the night.

The theft that shut down parts of the subway’s biggest lines and snarled the commute for 100,000 people is only the latest example of a troubling trend on the nation’s railways linked to the soaring price of copper.

Copper, which now hovers at $3 a pound on the scrap market compared to about 80 cents a decade ago, is essential to the running of commuter railways, carrying electrical power from substations to the live third rail.

But the lure of easy cash at scrapyards has proved tempting to thieves willing to venture onto the tracks, risking electrocution and the safety of unsuspecting passengers. 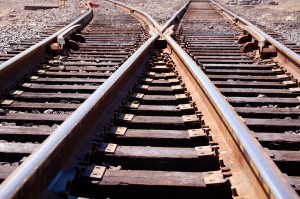 In California, thieves removed copper from San Francisco’s BART rail system in Oakland, San Francisco and San Mateo counties on a single weekend in 2011. In Washington state in 2013, a man clipped 70,000 pounds of copper wire from the light rail tracks south of Seattle. That same year, some telecommunications linemen at New York’s Long Island Rail Road made off with $250,000 worth of copper in 56 thefts.

Insurance claims for metal thefts across the country have skyrocketed from about 13,000 from 2006 to 2008 to about 25,000 from 2009 to 2011, according to the National Insurance Crime Bureau, which tracks such thefts, though not specifically for rails. Nearly 96 percent of the more recent claims were for copper.

Along New York City’s 840 miles of subway tracks, there have been a dozen such rail thefts in the past year.

In the May 26 heist in the Howard Beach section of Queens, the rubber-shrouded cable had an estimated combined weight of 1,500 pounds that could fetch about $4,500.

New York transit police would not speculate on whether the caper could have been an inside job, but it appeared to have been pulled off over at least a couple of nights by people who had enough knowledge of the system to avoid getting caught or “fried.”

They targeted a stretch of track not covered by security cameras, next to a parking lot. Investigators found a hole in the fence they believe the thieves may have used to enter the tracks, then to flee. The culprits also apparently tampered with a nearby electrical box.

Sgt. Kevin Cooper, a veteran investigator on the case, said trains didn’t stall immediately because redundancy in the power system allows them to keep moving for possibly another day after copper is removed.

There are other risks. If electrical current can’t complete a circuit, it will seek another route, sometimes damaging the signal system. And if a train’s brakes go into sudden emergency mode, riders can suffer injuries.

While police seek suspects, the Metropolitan Transportation Authority that runs the subways is installing more high-intensity lighting and surveillance technology in vulnerable locations.

Fox, the transit police chief, also has created a special unit to investigate these types of thefts, with undercover officers conducting sting operations at salvage yards.

New York U.S. Sen. Charles Schumer is proposing legislation that would require scrap sellers to prove they own their scrap and buyers to cover any purchase above $100 by check or another traceable means. He also wants to create a new federal law making it a crime to steal metal from critical infrastructure like railroads.

“It is time to put thieves who steal scrap metal from critical mass transit infrastructure, as well as homes and businesses, behind ironclad bars,” Schumer said. “Every ounce of copper or metal stolen from New York’s critical infrastructure could cause the next big commuter delay, a subway line suspension or even a disaster.”