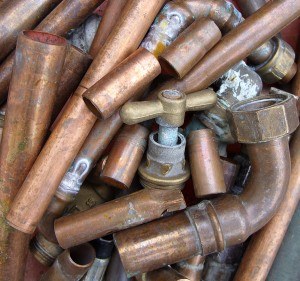 When the number of metal theft claims per month and monthly average copper prices are compared, the number of claims filed is found to have a statistically significant correlation with the price of copper.
So far in 2013, there have been reports of copper thefts at numerous locations coast to coast including one from Seattle-Tacoma International Airport which disabled the approach lighting for one of the runways. Meanwhile, across the nation less brazen but equally damaging thefts have continued to darken streets and disable traffic controls. 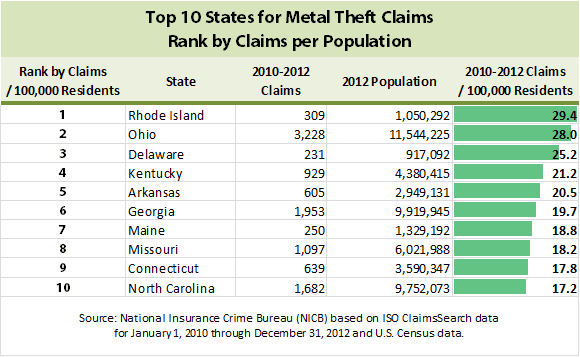 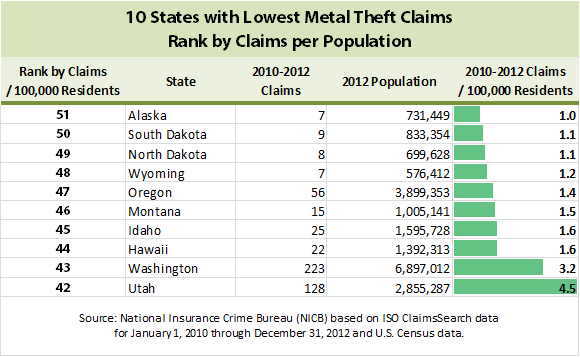 Depending on the circumstances of the theft, these incidents may not generate an insurance claim, or even a police report. Consequently, comprehensive empirical data is elusive. While this report deals primarily with submitted insurance claims, the ultimate impact of this activity falls, to some degree, on all consumers. Losses to businesses and government entities are shared with customers and taxpayers through higher costs for goods and services and/or reductions in services.

While metal thefts continue, there have been a number of successful legislative and regulatory efforts enacted in recent years all aimed at stemming the problem. Currently, state bills addressing metal theft are pending in Arizona, California, Michigan, Minnesota and Washington, among other states, while at the federal level, U.S. Senator Amy Klobuchar (D-MN) introduced this past February the “Metal Theft Prevention Act of 2013.”