While peanut butter and cantaloupe made big news in recent years, ice cream is now the latest item to be pulled off grocery store shelves due to foodborne-illness concerns. The impact of such a recall varies by company, situation and how a company responds to the crisis, according to industry experts. 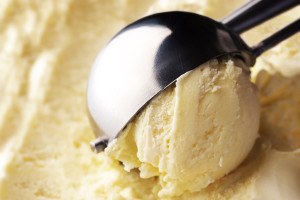 But manufacturers can mitigate the damage by being proactive, they said.

“It’s getting out in front of the issue. Being honest with your customers, the other stakeholders, for that matter, your employees, your suppliers and everybody else that might be involved,” said Steves. “Depending on how well you do that, really dictates the impact of the recall.”

Proactive management, according to Steves, means being able to identify the specific product, the product location and the source of the contamination.

According to both experts, the majority of recalls are voluntary.

“The FDA, which regulates the matters on Blue Bell and for 80 percent of food products, actually just received the ability to order recalls through the Food Safety Modernization Act that was passed in 2011,” said Steves. “There have only been a couple of instances where the FDA came in and ordered the recall.”

While costly, voluntary recalls can actually help a company.

“I think it enhances the public image, in the sense that they’re being proactive…and responsible in light of an unfortunate incident as opposed to what perception may be out there if the FDA, for example, should react and the company be seen as not cooperative or not on board with issues of public safety and things of that nature,” said McGaughey.

The California attorney said that the FDA typically works with the company affected to issue a recall statement.

According to Steves, there have been some significant changes over the past several years in how investigative agencies enforce quality standards, testing and traceability. New regulations under the Food Safety Modernization Act require companies to have certain procedures in place. Typically, these include conduct hazard analysis capability and a critical control points plan along with testing and auditing procedures.

“Health inspectors, and even the FDA, will come in and do occasional audits from a food safety standpoint, a regulatory standpoint, to make sure that you’re actually doing the things that are required,” said Steves.

Advances in testing allow officials to identify specific strains of a contaminant, the Aon executive said.

“We’ve seen a real technological advancement in whole genome sequencing so that not only are you able to identify the strain of listeria or whatever the contaminant might happen to be, but you’re also able to look at that exact DNA of that listeria,” said Steves.

He explained that someone in New York might go to the doctor with a foodborne illness and the test results are sent to the Centers for Disease Control and Prevention. The CDC maintains an international database that tracks foodborne illnesses.

“They literally can link someone who is not feeling well after eating a meal in New York to the same DNA fingerprints of something that came from a drain in California,” Steves said.

According to experts, most companies like Blue Bell have a commercial general liability and a recall policy. Recall policies generally provide coverage for the cost of a recall, loss of profits and reputational damage.

McGaughey said recall policies typically include a crisis management component within them.

“You are entitled, as the insured, to call upon crisis management firms. Usually, the policies will identify some select number of firms and/or individuals at those firms who can be contacted to handle crisis management in the event of a recall and those fees are covered by the insurance, assuming that the claim is covered in the end. There’s not even a need to get pre-approval from the insurance company,” said McGaughey.

Sometimes, companies can negotiate in advance with the insurer on which crisis management company they prefer to use.

Crisis consultants are also available on a pre-incident basis.

“By that I mean having the processes in place upfront to minimize the potential for contamination or recall. Doing everything you can to make safe products, even things like testing or checking your labels,” said Steves.

Insurers are involved in the onset of a new policy to make sure companies have vendor management, quality control, auditing and traceability procedures in place, he said. Traceability plans, Steves explained, allow companies to identify products and minimize the extent of a recall.

Insurers also look at whether companies have plans in place to pull back the recalled products as quickly and efficiently as possible as well as whether they can get good product back on the shelf, so business interruption is minimized, the Aon Risk Solutions managing director said.

Providing notice to an insurer is of utmost importance, said McGaughey.
“Some of these recall policies that I’ve seen and worked with in the past have a very short notice window. It can be a matter of days,” McGaughey said.

Investigating and compiling documentation to support damages is the next step. This is generally handled internally, McGaughey said.

Other aspects that may be recoverable under a recall policy include damage to reputation.

“Usually, a company would be served well by involving somebody from the outside. Not necessarily in compiling that information, but in identifying exactly what information is needed,” McGaughey said. “Then putting it in a format and a presentation that’s best suited for what the insurance company’s looking for.”

Additionally, he said insurers will often ask for samples of the product for testing to verify the contamination.

“You want to retain some of the product because you might need that for insurance purposes as well as for the third party claims,” said McGaughey.

“If there’s an allegation of bodily injury, it generally triggers a CGL [commercial general liability] policy. Then that carrier would be responsible for handling those claims and the defense and the indemnity for those claims,” McGaughey said.

“Not only presenting the claim to the recall carrier but…you want to give notice to your CGL carrier as well, knowing that there may be claims coming,” he said.
Because third party claims can be expected for some time, McGaughey thinks it’s important for all parties involved to coordinate a strategy to handle the claims to resolution.

“I think it’s definitely worth sitting down…the company with the recalled product, the CGL carrier and defense counsel. Trying to work out a coordinated defense strategy. That is, whose defense counsel are going to be in these matters? Because it makes sense to have those matters handled by as few people as possible since they’ll get familiarity with the record,” said McGaughey.

There may be a reputational advantage and business reasons for wanting to address or settle some of these claims early on, he added.

“So that there’s not in fighting, for a lack of a better term, between them,” McGaughey said. “That would just risk potentially further damage to the reputation of the company.”

Who Pays for the Recall?

Blue Bell hasn’t released estimates on what the recall will cost the company but Jeni’s Splendid Ice Creams, which also found listeria linked to its product, has stated that it planned to recall retail products and close ice cream shops in six states. The company announced plans to destroy 265 tons of ice cream valued at more than $2.5 million.

Typically the company on the hook financially for a recall is the company that manufactured the product, Steves said.

“Ultimately, they are going to be the ones that are first affected. Certainly, your ability to trace back where contamination may have occurred, if it’s a supplier who may have been at fault, there are ramifications depending on how well you’ve structured your supplier contract. You should have the ability to go back against a supplier or service provider who may have been the root cause of the contamination,” Steves said.

He emphasized the importance of supplier contracts.

“Frequently, a lot of these smaller companies that are maybe ingredient suppliers or co packers, they look at the immediate expense of the recall and the value of the products. But they don’t necessarily take into account the damages that they can cause their customers overall brand which obviously can be the biggest area of loss for these types of situations,” said Steves. “The recall expense, the value of the product that you’re going to destroy, that’s very much a finite type of loss. It’s the business interruption and how well that’s managed that’s going to dictate how well you come out of the situation.”

AP contributed to this story.