A multimillion lobbying push by FedEx Corp. and other freight carriers may be about to open U.S. highways to a new generation of bigger truck trailers even as watchdogs warn the price will be roadway carnage.

A $55.3 billion transportation spending bill unveiled last week blocks a variety of safety measures opposed by the industry, at a time when the rise in truck-related deaths has bucked a trend of overall improvement in highway safety.

In addition to the bigger-capacity trucks, the bill would also do away with plans to require trucking companies to carry higher insurance coverage and make it harder for regulators to re-impose more stringent rest requirements for drivers.

The trucking industry is a formidable force in Washington, spending $9.85 million lobbying Congress last year, and making $7.96 million in contributions to political candidates, parties and action committees, according to the Center for Responsive Politics. 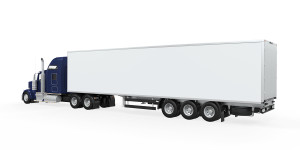 Lowey and others decried how the industry was able to insert sweeping policy changes into unrelated budget legislation. A provision in the appropriations bill that would allow two trailers of up to 33-feet to be hauled in tandem, up from the current 28-foot limit, is drawing the most concern.

The longer trucks will be harder for drivers to handle and harder to stop, said Jackie Gillan, president of Advocates for Highway and Auto Safety, a coalition of consumer-rights groups and insurance companies.

“This is the most aggressive attack on safety I’ve seen in my lifetime,” she said.
She cited research showing double-trailer combinations have crash rates 15 percent higher than single-trailer rigs.

FedEx, whose chief executive officer, Fred Smith, has lobbied lawmakers on the issue, cites statistics that tell a different story. A study commissioned by FedEx, Con-way Inc. and other shippers showed that the extra five feet in length of each trailer would save gas and cut carbon emissions and would actually reduce the number of trucks on the road.

The trucking industry is advocating for longer combinations to meet demand, especially for lighter packages like those delivered for online shoppers, according to the Coalition for Efficient and Responsible Trucking. That kind of freight is expected to grow 40 percent over the next decade, from 145 million tons a year to 204 million, according to the group, which includes FedEx, United Parcel Service Inc., Con-way, YRC Worldwide Inc. and five other so-called less-than-truckload companies.

Twin 33-foot trailers have already been permitted in Florida and South Dakota, according to the trucking coalition.

Attaching the trailer measure and other trucking provisions to a must-pass federal Transportation Department appropriations bill helps to avoid some of the normal congressional vetting and makes it more likely the changes will become law.

“Not a single one of these provisions has been subject to a congressional hearing,” Gillan said.

FedEx made $2.32 million in campaign contributions to House and Senate members in the two-year cycle ending in the 2014 election, according to the center. That included $84,750 to members of the House Appropriations Committee.

Maury Donahue, a spokeswoman for FedEx, referred questions to the Coalition for Efficient and Responsible Trucking.

Across all House races, the industry handed out $2.56 million, and 84 percent went to Republicans, according to the Center for Responsive Politics.

The appropriations bill approved by a subcommittee on April 29 is still far from a done deal. The full committee is expected to take a vote in May when Congress returns from a recess. The House bill still would have to survive a Senate vote and be signed by the president.

Gillan is telling the White House: “You sign this bill, you’re signing a death warrant for American families.”

Crashes involving large trucks killed 3,921 people in the U.S. in 2012, an increase of 16 percent from the all-time low in 2009. Trucking deaths have increased in each of the past four years.

The trucking industry argues that the long-term trend is still good as fatalities are 21 percent lower today than a decade ago.

Transportation Secretary Anthony Foxx declined to comment on whether he could support 33-foot trailers, telling reporters April 28 that his department hasn’t yet completed a comprehensive safety study. He did say the Obama administration is concerned about Congress making policy changes in an appropriations bill.

The Coalition for Efficient and Responsible Trucking says safety isn’t an issue. Osiecki added that research also shows stopping distances are the same with 28-foot and 33-foot trailers, and the longer trucks are more stable.

Existing twin 28-foot trailers are typically full before they reach the federal weight limit of 80,000 pounds. Even 33- foot trailer combos crammed with packages wouldn’t exceed the standard weight, while they would be able to carry 18 percent more freight.

One of the main hurdles for the provision may be public sentiment. About 76 percent of people are against allowing more longer or heavier trucks on the road, according to a poll that safety groups, including Gillan’s, commissioned last year.

In addition to bigger trucks, the House bill would add conditions for any attempt by the Federal Motor Carrier Safety Administration to re-institute a 2013 rule forcing drivers to get two nights of sleep in a row after reaching a weekly time limit for driving. That regulation was intended to close a loophole that allowed some drivers to legally stay on the road as long as 82 hours over eight days.

Another provision would squash a Transportation Department effort to revisit a rule requiring trucking companies carry a minimum of $750,000 in liability insurance. That level hasn’t been changed since 1980. Regulators haven’t indicated what the new level should be, but have indicated they would like to study the matter. The department has suggested it would take a $3.2 million policy to have the same buying power as $750,000 three decades ago.

The House legislation wouldn’t permit any money to be spent on the effort.