Highway regulators have failed to act on more than 100 recommendations to improve truck safety at a time when fatalities have risen for four straight years, according to the U.S. National Transportation Safety Board.

Priorities must change in 2015, with more anti-collision technology, better limits on driver hours and tighter regulation of trucking companies with high accident rates, the NTSB said today in at a news conference. 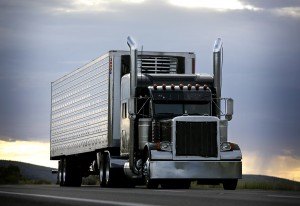 The accidents that injured comedian Tracy Morgan in June and killed four members of a college softball team in September cast new light on America’s 2 million truckers, who are involved in crashes that kill almost 4,000 people a year. The NTSB said it’s time for regulators to act on its more than 100 recommendations to improve trucking safety.

The NTSB is pushing the use of sensors to warn truck drivers when they’re about to strike someone from behind or to alert when a vehicle changes lanes.

The agency made the plea as it unveiled its “Most Wanted List” of transportation improvements for 2015. In addition to trucking, the NTSB also said more attention should be given to rail tank-car safety, airline pilot compliance, distracted driving, and drug and alcohol impairment.

“The Most Wanted List is our road map for 2015,” Christopher Hart, NTSB’s acting chairman, said at the press conference. “These are safety improvements for which the time is ripe for action.”

The NTSB, which investigates transportation and pipeline accidents, has no regulatory authority. It uses its annual Most Wanted list to highlight the areas most in need of improvement.

The number of people killed in large-truck crashes increased for the fourth straight time, to 3,964 people in 2013, which includes truckers, pedestrians and the occupants of vehicles that collided with the big rigs, the U.S. Transportation Department said last month. The number represents a 17 percent increase since 2009, according to the National Highway Traffic Safety Administration.

One issue is driver fatigue, according to the NTSB. In the crash that injured Morgan and killed fellow comedian James McNair, the driver of a Wal-Mart Stores Inc. truck hadn’t slept for at least 24 hours, according to a police complaint. The truck struck a van carrying Morgan from behind on the New Jersey Turnpike.

The safety board has recommended that trucking companies impose plans to better manage fatigue on the roads and to require screening for sleep disorders that may lead to drowsiness.

Congress last year weakened regulations designed to reduce trucker fatigue. Lawmakers targeted a portion of a rule closing a loophole that kept some drivers from working 82 hours over eight days, according to Transportation Secretary Anthony Foxx. That provision won’t be enforced for at least a year as regulators conduct research to see if it had an unintended effect of forcing more trucks onto the road during rush hours.

The NTSB has also found a pattern in truck crashes of poor safety enforcement, Karol said. The safety board wants regulatory agencies to impose tighter controls on trucking companies. An average of 20 percent of truck inspections find safety violations, he said.