Drivers of older cars can gain some of today’s technology when Verizon Communications Inc. introduces a product linking them with its wireless network for help in a breakdown and advice on how to fix their aging set of wheels.

For all the buzz about connected cars, more than 200 million vehicles in the U.S. remain disconnected from the Internet, cellular towers or global positioning satellites. At the Detroit auto show, the wireless communications giant is introducing “Verizon Vehicle,” a service that diagnoses mechanical problems, dispatches tow trucks and pipes live mechanics into cars. Verizon didn’t reveal the price of the subscription-based service scheduled to debut by June.

Automakers are rushing to link their models to the Internet. In-car technology is the top selling point for 39 percent of auto buyers, eclipsing performance measures such as horsepower, according to a survey from consulting firm Accenture Plc. By installing a diagnostic code reader under the dash and a speakerphone to the visor, Verizon’s new product offers to provide basic communication services to cars and trucks that have been on the road for as long as 19 years. 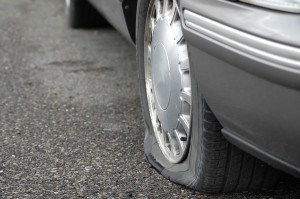 “There’s a very large, unserved market that we thought would benefit greatly from the features and functions you can offer through connectivity,” Jeff Leddy, chief executive officer of Verizon Telematics, said in an interview. “We want to bring to the masses the same level of connectivity you can get in a new car.”

Verizon may eventually offer more infotainment features, such as turn-by-turn navigation or concierge service to book restaurant reservations, Leddy said. For now, the company’s consumer research led it to offer safety and security features, such as explaining why the check-engine light is on in the dashboard and offering GPS-directed roadside assistance aimed at getting a tow truck to a stranded driver quickly, he said.

“It may not have some of the high-tech sex appeal that you might hear in other stories, but this is what the consumer is looking for,” Leddy said. “We can add the other bells and whistles” later.

Through its telematics unit, Verizon provides a variety of infotainment services to automakers including Mercedes-Benz, Volkswagen AG and Nissan Motor Co.

The Verizon Vehicle service will be compatible with more than 9,000 makes and models of cars and trucks sold in the U.S. since 1996, the company said in a statement.

With the service, a driver can press a button on the visor speaker phone to connect live with a certified mechanic, who can help diagnose a problem, suggest a solution and advise how much it should cost. Drivers can also call for emergency aid with the button. The service also has a smartphone app that can help a driver find his parked car or track the vehicle if it’s stolen.

Drivers don’t have to subscribe to Verizon as their wireless provider to purchase its vehicle service, Leddy said. And the pricing will be “very attractive and competitive” with infotainment systems installed on new cars, he said.

A majority of U.S. drivers are willing to pay as much as $1,499 to have high-tech entertainment and safety devices in their vehicles as consumers demand more connectivity, according to a Harris Poll conducted for researcher AutoTrader.com in October. Internet-connected cars worldwide will grow more than fourfold to 152 million by 2020 from 36 million now, according to researcher IHS Automotive.