Getting behind the wheel of your first car is a memorable event, especially for younger people. Yet inexperience brings higher risk, so new teen drivers need all the safety advantages they can get, and the latest poll from Seattle-based PEMCO Insurance shows that newly licensed teens often drive older vehicles short of safety features that lessen injuries in a crash.

PEMCO set out to explore the premise that when teens get their first car, those vehicles often tend to be older models, which are more affordable, and smaller models, which get better mileage and cost less to fuel. That’s a concern because older cars lack safety improvements, and the laws of physics prove that smaller cars suffer most when they collide with larger vehicles. 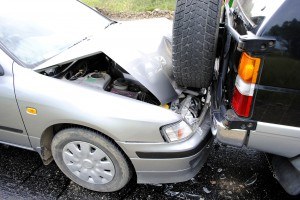 About two-thirds of respondents in Washington and Portland report that their parents owned the first car they drove and more than half said their parents paid for the insurance on their teens’ first car.

“While older cars are often more affordable for parents and teens, our poll confirms the trend we suspected – parents opt for older and sometimes smaller cars for their teens when a newer car would be a safer option,” said PEMCO spokesperson Jon Osterberg.

The poll shows that just 4 percent of drivers between 35 and 54 said their first car included a safety feature critical by today’s standards – driver-side front airbags. Airbags didn’t become standard in a majority of new models until 1994, according to Insurance Institute for Highway Safety (IIHS) data.

While there’s no doubt automakers have made significant advances in safety over the decades, chances are even a 10-year-old vehicle today would lack newer recommended safety features such as electronic stability control and driver head-protecting side airbags.

Beyond a vehicle’s age, the Highway Loss Data Institute (HLDI) reports that the size of car driven by teens is one of the most significant contributors to their likelihood to crash, when compared to the auto accident rates of older drivers.

The HLDI study indicates that while small cars tend to be popular among teen drivers, they’re also more dangerous than larger vehicles because a shorter wheelbase can be less forgiving with driving mistakes. Still, nearly 30 percent of teens in the U.S. drive one of the three types of vehicles – small two-door cars, and mini and small four-door cars – that have the highest claim frequency among all drivers, according to HLDI.

HLDI’s report also shows that teens are two times more likely to crash a small car than their adult counterparts.

According to the PEMCO poll, the most popular first cars among Washington and Portland drivers have been American made, with more than half of the poll’s 55-and-older drivers saying they drove a Ford or Chevrolet as their first vehicle as a teen.

But through the years, Toyotas and Hondas have increased in popularity among younger drivers at the expense of Chevrolet, in particular. About 17 percent of drivers under 35 said they drove a Toyota and another 13 percent said their first car was a Honda, while about 10 percent of those younger drivers opted for a Chevrolet.

“There are many resources for teens and parents to help you choose a first car that’s safe, reliable, and affordable,” Osterberg added. “Websites that compare crash-test results and safety ratings across makes and models are often a great place to start. Check out IIHS’s crash-test results or 5-Star Safety Ratings from the National Highway Traffic Safety Administration.”

To learn more about the PEMCO Insurance Northwest Poll and to view a summary of the results, visit www.pemco.com/poll, where the public is invited to participate in an informal version of the poll and see how their own responses compare with those collected by FBK Research of Seattle in April 2013.