According to a recent Insurance Industry Charitable Foundation survey of over 800 female members of the insurance industry, just one quarter of respondents (26 percent) feel that the insurance industry is more embracing of women in leadership positions as compared to other business and professional services industries.

When asked to look into the financial services sector specifically, respondents viewed accounting and banking as the industries most supportive for the advancement of women, with 42 and 29 percent of the vote respectively (insurance received 23 percent of the vote). That being said, more than two-thirds of the women surveyed (68 percent) felt their companies actively promote gender diversity. 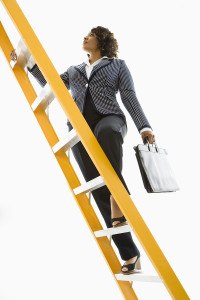 “Though we as an industry have made significant strides in creating a positive and equal work environment, there is still more we can do,” said Joe Tocco, chief executive North America P&C for XL Group. “Collectively, the industry has been successful in continuing an important dialogue about gender diversity and the tangible, real-world benefits it provides for companies and their employees. These conferences have created a forum for both women and men to discuss issues they see in their everyday lives and work together to find solutions for themselves and the next generation of insurance professionals.”

Survey results point to two primary factors as the biggest barriers for women seeking leadership positions: perceived lack of desire for senior roles to be filled by women and biases in the advancement/hiring structure within organizations.

Women (Not Men) Get Asked: Can You Have It All?

At the same time, respondents acknowledged that the key challenges to advancing to senior roles are varied. For example, 35 percent cited limited availability of opportunities to move up the corporate ladder, but another 32 percent stated women’s own shortcomings in properly promoting themselves as the major deterrent to career advancement.

Survey-takers were asked to identify one primary action their companies could take to better support the development of women in the workplace. Sixty-four percent cited as their top choice the need for businesses to more efficiently identify high potential female employees and offer leadership training opportunities.

“The pathway to success for companies looking to create a successful and truly gender-diverse culture is paved by clear direction from executive level leadership,” said Kerian Bunch, EVP and general counsel, U.S. Operations, Aspen Insurance. “As demonstrated by the Women in Insurance Conference Series, there is a clear and significant interest within our field to promote leadership diversity at a company and industry level.”