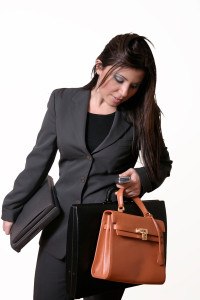 It’s one of the questions that women in business get asked a lot but men are never asked.

In advance of the Women in Insurance Global Conference slated for June 12 in New York, four successful insurance executives discussed the critical factors for success for women in the insurance industry in a podcast jointly produced by the event’s sponsor, the Insurance Industry Charitable Foundation (IICF), and Wells Media Group’s Insurance Journal.

Whether women — or anyone — can have it all depends on a number of things, according to the panelists.

“[I]t depends on what your definition of ‘all’ is,” said Albo.

“Apart from that, I don’t even know if aspiring to have it all is the right thing. When I go to an all you can eat buffet and I’m presented with everything that’s out there, I also don’t do it all in one sitting. I think that the end of the day… it’s being true to yourself, open to opportunities, to take chances, to do the things that are important to you over the course of a life. If you do that, you can have everything or at least a lot of what you want. For me that would be my all. ”

Henry has no doubt that women can have it all. “I think you certainly can have a good marriage and be a good parent and also have a significant career. You can do those two things at once, absolutely,” she said.

Having it all — or trying to — is a choice for some. The idea of someone choosing not to have it all is fine with Albo.

“[W]hether you are male or female… you should not get too consumed with the notion of getting ahead. You are more likely to be successful if you do something you enjoy and you are good at it rather than doing what you think you should do in order to get to that next level in your career,” she said.

But Woodward of Travelers said she is concerned about the number of young women who leave their careers because they believe they can’t have it all.

“I think it’s the responsibility of senior women, even those without children, to absolutely tell young women they can have both, a family life and a career at the same time,” Woodward said.

She said statistics have shown recently that many younger women are dropping out of the work force in the financial services sector when they hit their ’30s. She thinks that is cause for concern.

“It’s very troubling to me, actually. I’m a firm believer in telling people. Then they may choose not to have it all. They may not really want to work. They really might decide they are going to stay at home and that they would be happy doing that. But I think to tell people you can’t when they haven’t even tried is not the right way to go about that,” Woodward said.

To learn more about the Women in Insurance Global Conference slated for June 12, visit the website. at http://womensconference.iicf.org/.

To read more from the IICF Women Executive Roundtable, click How Women Can Rise to Executive Level in P/C Insurance Industry.

To hear more about whether women can have it all, listen to the podcast excerpt, IICF Women Executive Roundtable: Can Women Have It All?

The IICF Women Executive Roundtable may be listened to in its entirety, or in segments as follows:

IICF Women Executive Roundtable: Can Women Have It All?