The Pacific Ocean holds one of the keys that forecasters say will determine how many hurricanes and tropical storms develop in the Atlantic this year. 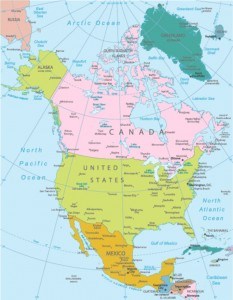 The size of the six-month storm season, which starts tomorrow, may depend on a pool of warmer-than-normal water in the equatorial Pacific. If that develops into an El Nino, wind patterns on the other side of the globe might be disrupted.

Another key is that the Atlantic between the Windward Islands and Africa is cooler than normal, which tends to mean fewer storms, said Phil Klotzbach, a hurricane researcher at Colorado State University.

“That is the big issue,” Klotzbach said yesterday. “If NOAA declares an El Nino, that doesn’t guarantee a quiet hurricane season. A weak El Nino, and if the Atlantic is cool, that can squash the season.”

Atlantic hurricanes are closely watched because they can disrupt U.S. and Mexican natural gas and oil production and affect refineries and agriculture. An estimated $10.6 trillion of insured coastal property in 18 states from Maine to Texas are vulnerable to storm strikes, according to the Insurance Information Institute in New York.

The Gulf of Mexico accounts for about 4.5 percent of U.S. natural gas output, 17 percent of oil production and 51 percent of refining capacity, according to the Energy Information Administration, the Energy Department’s statistical arm. Florida is the largest producer of oranges behind Brazil.

The U.S. National Oceanic and Atmospheric Administration last week predicted that eight to 13 named storms will develop in the Atlantic before the season ends on Nov. 30. Three to six of those are expected to become hurricanes.

A storm gets a name when its sustained winds reach 39 miles (63 kilometers) per hour. The 30-year average is for 12 to form.

In April, Klotzbach predicted nine storms would form. He will update the forecast June 2.

No hurricanes hit the U.S. last year. In 2012, hurricanes Sandy and Isaac caused more than $52 billion in damage and killed at least 179 people. While those storms were deadly, they were not the most powerful tropical systems the Atlantic can produce.

The U.S. hasn’t been struck by a major hurricane, one with winds of 111 mph or more, since Wilma hit Florida in 2005, the longest such period in modern records.

A record 71 storms formed in the Atlantic basin in the past four years, said Michael Schlacter, chief meteorologist at Weather 2000 Inc. in New York

Forecasters are already watching computer models that show the potential for a storm to develop in the southwestern Gulf of Mexico in the first week of June, said Jason Setree, a co- founder of Commodity Weather Group LLC in Bethesda, Maryland.

The statistical peak of the season occurs on Sept. 10, according to the National Hurricane Center in Miami.

“We all know the vast majority are clustered from August to October,” Schlacter said. “The first storm even on average isn’t really supposed to happen before the first week of July.”