Subrogating claims caused by adjacent property owners can be tricky, according to Michael Wallace, a season property subrogation attorney with New Jersey-based Stutman Law and Mark Suchecki, a consulting engineer with Plick & Associates.

Wallace and Suchecki recently presented on the subject at the Property & Liability Resource Bureau’s national conference in Indianapolis. 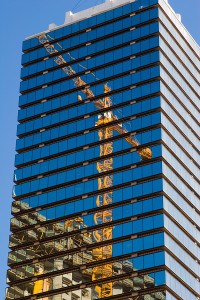 According to Suchecki, one of the most common causes of property damage from adjacent properties is foundation undermining associated with earth movement, such as excavation and vibration. Another common cause of damage is related to installation of deep foundations caused by pile driving. Demolition of a neighboring building causing it to collapse can also cause damage, such as punctures and cracks in walls. Even debris removal and rebuilding can lead to property damage to neighboring buildings. In these types of situations, Wallace said there could be two claims and two occurrences.

Though OSHA regulations do exist relating to demolitions near adjacent properties, the rules aren’t always followed. An example, the Philadelphia building demolition that led to the collapse of a neighboring thrift shop that killed six people.

According to Wallace, some obstacles to investigating these types of losses include:

In order to overcome these obstacles, Wallace recommended engaging in a thorough investigation. He offered the following steps to investigating adjacent property subrogation claims:

The subrogation attorney noted that OSHA reports are usually comprehensive, containing statements of contractors and employees, photos, building documents and violations, if assessed. While OSHA reports are admissible, the federal agency is protected from testifying on civil matters.

If demolition is ordered, Wallace recommended making a plea to local government officials for access to the site. If unlikely, he said adjusters should consider alternative ways to investigate the loss via photos from the adjacent insured building, obtaining photos from a raised construction bucket or even using security camera footage.