Ice claims to the tune of $1 billion; is flooding next?

The winter of 2014 looks to go down in history for record temps and record claims. To date, Enservio data shows that in February 2014 alone, ice damage related RCV jumped 200 percent over the last five winters.

February storms resulted in payouts of more than $1 billion in insured losses globally, according to Aon Benfield’s February 2014 Global Catastrophe Recap Report. The U.S. wasn’t the only country caught frozen. Japan was the country struck hardest with record snowfall resulting in 37 deaths and 2,750 injuries.

Here at home, three winter storms were responsible for 35 deaths, more than 100,000 structural claims and economic losses in excess of $1 billion. From ice dams to frozen pipes, the polar vortex wreaked havoc on people, structures and insurance loss ratios.

Enservio data below illustrates how much U.S. insurers paid out in ice damage claims over the past six years. The towering bar in February 2014 is ominous enough to send chills down the spines of the most veteran claims adjusters. Of particular note is that February 2014 has seen an increase in ice damage related replacement cost value (RCV) of 200 percent over any month in the past 5 winters.

There was nothing vanilla about the ice and snow of this winter. And, we’re not moving on to sunny skies quite yet. In 2013, the U.S. experienced four major storms in April. If the past is any indicator of the present, the ice may not be thawing anytime soon. When that inevitability occurs, we may be looking at record-breaking flooding next.

Beyond everyday preparation tips like insulating pipes and raking your roof, onsite claims professionals can help protect the policyholder from claims down the road by taking care not to overlook other collateral damage. For example, something as minor as a torn shingle can lead to a water-damaged attic in the coming months of what will hopefully be warmer temperatures and associated thaw. 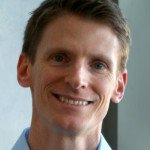 Matt Gore is chief architect and VP of Engineering for Enservio, which offers software and services across the entire value chain of contents claim processing – from onsite inventory capture and forensic reconstruction of non-restorable contents – to transcription, desk appraisal, contents valuation, payments, replacements and predictive analytics.