According to Kraig Palmer, an investigator with the California Highway Patrol, in the last 12 months he has seen rental car schemes “rise faster than any other auto fraud trend.”

During a session on the topic held at the Combined Claims Conference in Orange County, Calif., last week, Palmer said that this is a multilevel crime, committed by opportunistic drug addicts and sophisticated street gangs.

A person engaged in this type of crime uses multiple fraudulent or stolen identities and targets rental car companies by renting multiple cars. The rented cars are then used to commit crimes until they are eventually recovered, typically burned out or with significant collision damage.

Stolen identification, including credit cards and drivers licenses, can be purchased for as little as $50. In this case, Palmer said the identification had been stolen from a purse two years prior to the crimes being committed.

One case that Palmer handled recently involved 103 vehicles. Most of the perpetrators involved in the scheme had extensive criminal backgrounds. A number of them were on parole, probation or on an early release program. That case resulted in 72 arrests with 52 cases related to gang activity (72 percent).

This type of crime is growing because there is a certain sense of security when committing fraud and it’s harder to investigate, the CHP investigator said.

Another case Palmer investigated involved three main suspects who rented 42 cars from two different rental agencies. Interestingly, one was a preferred access customer. The incentive programs that most rental companies have make it much easier to rent a car. Oftentimes, one can go online and register for the incentive program and get accepted without ever stepping foot into a rental agency.

He said it was only a matter of time before insurers will see claims involving fraudulently rented cars.

The investigator said that criminals, even in gangs, are taking time to educate themselves.

“They will know your [company’s] processes as well as you do,” said Palmer.

The criminals and gangs are cartel-connected and have access to a lot of money and will pay a disgruntled employee to gain knowledge of the claims process, he added.

He advised claims adjusters and special investigative unit (SIU) investigators to scrutinize auto property damage or auto bodily injury claims involving rental cars. Adjusters should look for a pattern, including how long the vehicle was rented, how many vehicles were rented by the same individual and if there were more vehicles rented by the same individual that sustained damage. 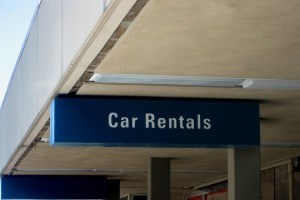 Palmer said that working with rental agencies on suspicious claims could prove difficult because rental locations won’t have the information needed. He suggested reaching out to the regional security manager who has access to the complete contract and credit amount. Due to privacy regulations, law enforcement will likely need to be involved if an investigation includes contacting credit card companies.