Apple Inc. and Google Inc., saying they’re tired of being slapped with frivolous patent suits that cost millions of dollars in legal fees, are asking the U.S. Supreme Court to let them hit back.

The technology companies are leading a group of firms urging the court to make it easier to collect attorneys’ fees from patent-holders who lose infringement suits. In two cases to be argued this month, the justices for the first time will consider the rules that govern fee awards in patent litigation. 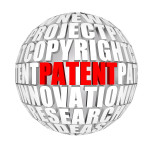 For Apple and Google, change can’t come soon enough. Each has been sued more than 190 times in the past five years by “patent-assertion entities,” companies that get most of their revenue from patent licensing and enforcement, according to the research firm PatentFreedom. For every case that reaches court, Apple says, it gets dozens of letters demanding royalties.

More than 100,000 companies were threatened in 2012 alone with infringement suits by businesses whose sole mission is to extract royalty revenue, according to a White House report. Those entities, dubbed “patent trolls” by critics, filed 19 percent of all patent lawsuits from 2007 to 2011, according to the Government Accountability Office.

Some patent-holders say the technology companies are exaggerating the problem. Most suits are legitimate, said Robert Berman, chief executive officer of CopyTele Inc., a Melville, New York-based company that buys patents and has about three dozen suits pending. He said he shouldn’t be penalized for guessing wrong about what a judge or jury will decide.

“If you look at which area of law has the most frivolous lawsuits, I’m not sure patent law is at the top of the list,” Berman said.

The cases, to be argued on Feb. 26 and decided by early July, give the Supreme Court two different avenues for allowing more fee awards.

One involves Octane Fitness LLC, a company seeking as much as $1.8 million in fees after defeating a patent suit. Octane was sued by Icon Health & Fitness Inc., another exercise equipment maker, over a component in elliptical machines.

Octane is challenging the test for awards established in 2005 by the U.S. Court of Appeals for the Federal Circuit, which handles patent cases. The Federal Circuit allows fees if a suit is “objectively baseless” and was filed in bad faith.

Octane says the Federal Circuit has erected an all but insurmountable hurdle. Trial judges instead should award fees when a patent holder “unreasonably pursues a case having an objectively low likelihood of success,” argued the company, which is based in Brooklyn Park, Minnesota.

The U.S. Patent Act says fees can be awarded “in exceptional cases,” leaving it to the courts to interpret that phrase.

The Federal Circuit’s approach is also drawing criticism from some of the biggest names in the computer and telecommunications industries: Facebook Inc., Cisco Systems Inc., Intel Corp., Verizon Communications Inc. and Yahoo Inc., as well as Apple and Google.

Apple told the justices that the company faces 228 unresolved patent claims and employs two attorneys just to respond to letters that demand royalties. The iPad maker, based in Cupertino, California, says it has been sued 92 times by patent-assertion entities in the last three years, settling 51 cases, with most of the rest pending.

“Apple has rarely lost on the merits,” the company said in court papers. “But victory figures as small consolation because in every one of these cases, Apple has been forced to bear its legal fees.”

Google, joined by 13 other companies, told the justices that patent-assertion entities have an unfair advantage because they don’t make products of their own, leaving them effectively immune from countersuits.

Icon says its case is the wrong one to deal with the issue. The Logan, Utah-based company has been making exercise equipment for more than three decades and sells the NordicTrack and Pro- Form machines.

The issue Octane and its allies are asking the court to resolve “is not presented in this case, which all concede does not involve a patent troll,” Icon argued.

Icon contends that the Federal Circuit’s standard for awarding fees is more flexible than Octane contends and that it gives trial judges ample leeway to punish frivolous suits.

Icon’s position isn’t garnering much support, at least away from the court: In an unusual twist, no outside group has filed a brief backing the company.

The other case does involve accusations that a company is a “patent troll.” Highmark Inc., a Pennsylvania insurer, is seeking to reinstate a $5 million fee award it won after defeating a patent suit by Allcare Health Management Systems Inc.

The disputed patent, which Allcare acquired from an inventor for $75,000, covered a system that lets doctors enter symptom data into a computer and receive a list of possible treatments.

In making the fee award, a federal district judge in Fort Worth, Texas, said Allcare had engaged in deception, conducting a fake survey as a means of identifying targets for its royalty demands.

The Federal Circuit rejected Means’s conclusion and ordered a recalculation of the award. Voting 2-1, the appeals court said Allcare’s reading of the patent, while wrong, was “not unreasonable.”

The question for the Supreme Court is whether the Federal Circuit must defer to a trial judge’s conclusion that a suit meets the standard for awarding fees.

Companies are also pushing Congress to make it easier for penalties to be imposed. One proposal, by House Judiciary Committee Chairman Bob Goodlatte, a Virginia Republican, would force the losers of patent cases to pay the winners’ expenses in most cases.

Judges rarely order patent owners who lose their cases to pay the other side, and the Federal Circuit itself has been grappling with the issue. In 2012, it ordered a federal judge in Texas to impose sanctions against a company for making unreasonable claims of what its patent covered.