Trademark bullies are typically large firms that seem to go out of their way to keep others from using brand names that the big firms contend infringe on their trademarks. 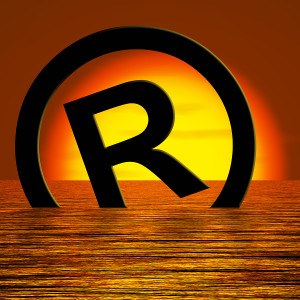 The Patent and Trademark Office defines a trademark bully as “a trademark owner that uses its trademark rights to harass and intimidate another business beyond what the law might be reasonably interpreted to allow.”

According to Trademarkia.com, which tracks the government public docketing system for new trademark filings, the top five bullying companies in 2011 included snack and cereal giant Kellogg’s, the Lance Armstrong Foundation, Apple, Zynga and the K-2 Corporation.

“Because we are the attorneys of record we get…on a weekly basis, about 15 to 20 letters from big brands, big companies trying to allege that our clients’ brands infringe on their rights,” said Raj Abhyanker, a California-based intellectual property attorney and owner of the increasingly popular trademark search engine.

One familiar insurer to make the top five company bullies in the insurance and financial sector – Travelers.

“Whenever a new company files a trademark it shows up on our site,” Abhyanker said.

Anyone can subscribe for the free alerts on the trademark tracking website which tracks government data on new products and businesses.

Because trademark applications are filed before products are released, companies can track upcoming product changes too.

“Our small business clients…can’t afford to fight back and eventually give up the brand in many cases,” said Abhyanker.

“A lot of times they have a very good case…they would probably win if they were to actually go after the brand and protect it vigorously but they don’t have the resources to go after Apple, Kraft or Kellogg,” Abhyanker said.

In one case, a beauty school in Arizona faced the threat of years of litigation and a loss of hundreds of thousands of dollars fighting trademark litigation filed by a Midwestern plumbing fixture company that carried the same name. Despite consulting attorneys in four states, the beauty school owners decided to change the school’s name to avoid protracted litigation.

Ellia Kassoff also found himself mired in a trademark battle with retail department store giant Macy’s. Through his company, Strategic Marks LLC, Kassoff wanted to bring back old department store brands, like Marshall Field’s, that by all accounts appeared to have been abandoned. The store chains, purchased by Macy’s over the years, either were turned into additional Macy’s locations or simply closed down. The old trademarks hadn’t been used in at least seven years, according to Kassoff.

“Macy’s didn’t pay that fee,” Kassoff said and he was granted use of the trademarks by the government agency.

Soon after, Macy’s disputed the trademark application, which prompted the federal lawsuit against Kassoff and Strategic Marks after the trademark office denied the company’s dispute. The case is currently stuck in federal court.

Abhyanker explained one way that recognizable brands avoid bad press related to these trademark cases is by filing oppositions. Instead of filing new litigation, the companies will oppose a small company’s trademark filing.

“It’s one way that the large brand owners have tried to insulate themselves from the public eye,” Abhyanker said.

This is a way to turn off a company’s trademark rights without having to go to state or federal court, he said indicating that an administrative law judge reviews the opposition. Abhyanker’s site tracks opposition filings, making them public for the first time.

The cost of trademark litigation varies, he said.

“It depends on how aggressively they go after someone and how much money our client has to fight back,” Abhyanker said. “Generally, there is no limit to it.”

Trademarks, he said, go back to the public domain if not used.

“In trademark law, it’s either you use it or you lose it,” he said.

There are two kinds of trademark bullying:

A trademark can also be abandoned by default when there is non-use of a mark for three years.

According to Abhyanker, legislators recognize this growing problem.

In 2010, Sen. Patrick Leahy, D.-Vt., authored federal legislation that required the Department of Commerce to study whether large corporations misuse trademark laws to harass small businesses by exaggerating the scope of their trademark protection.

“Laws that protect intellectual property rights are crucial to U.S. creativity and to our economy, but it is important to ensure that these strike the appropriate balance so that they are used to promote, and not to stifle, innovative ideas. We have seen in the past how trademark laws can be misused by big corporations with deep pockets to bully small businesses that have limited recourse. As a strong defender of American intellectual property rights, I also want to see these laws used fairly and properly and not simply as a hammer for large firms to wield coercively against small firms or individuals,” stated Leahy, chair of the Senate Judiciary Committee, which has jurisdiction over trademark, copyright and patent issues.

TowerGate Software, a company that offers intellectual property monitoring tools, compiles an annual list of law firms that file the most oppositions to trademark applications. 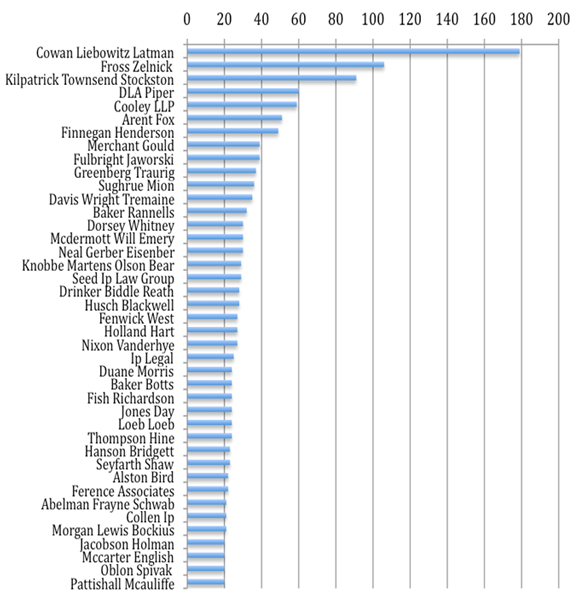 Though small companies may carry liability insurance, they may not report trademark litigation thinking it is not covered.

“The very first thing they need to do is check all of their insurance policies, because without even knowing it they might be covered by their existing or even an expired policy,” stated David L. Pardue, an attorney specializing in intellectual property litigation with the Georgia-based law firm of Kaufman, Miller & Forman

Pardue said that almost all commercial general liability policies have some kind of coverage for advertising injury.

“Trademark infringement usually fits into the definition of advertising injury in a CGL policy,” Pardue said.

He said other policies may offer coverage too.

“Personal, business or umbrella policies may also provide coverage for claims such as defamation, libel, slander or disparagement. The disparagement claim might trigger a duty to defend an entire case under one of these kinds of policies,” Pardue said.

On the flip side of trademark bullies, which are generally big corporations, are the patent trolls, a name applies to small businesses or non-practicing entities (NPE) that buy technology patents from bankrupt companies. According to RPX, a patent protection company, these patent trolls buy up patents that could be used against the original companies. The company estimates there were more than 1,300 patent infringement cases filed by NPEs in 2011.

Boston University School of Law conducted a study on the private and social costs of patent trolls. The study found that patent troll lawsuits account for more than half a trillion dollars of lost wealth between 1990 and 2010. The study also found that NPEs’ litigation targets already developed software technologies and involved multiple defendants.