Travelers released the results of its Parent/Teen Safe Driving Survey, which reveal that teens who feel their parents are good role models as drivers are half as likely to have been in an accident. 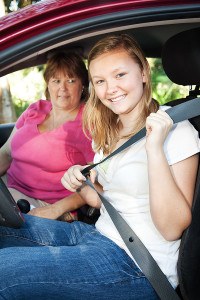 “The results reinforce that parents who actively discuss safe driving habits can have a strong positive influence on teen driving,” said Henry Edinger, Chief Customer Officer for Travelers. “It’s critical that parents and teens are on the same page about driving dangers and are clearly communicating the consequences for not following the rules of the road.”

Despite safe driving leading the list of parent-teen conversations, the survey identifies strong differences in what parents regard as their top driving concerns compared to teens. The biggest gaps exist over driving under the influence, distracted driving caused by mobile devices and staying aware of others on the road.

Parents play a critical role in influencing teen driving behavior. Teens who report their parents are not good driving role models are more than twice as likely to be involved in an accident.

The survey found that parents and teens do not always see eye-to-eye when it comes to certain driving-related risks. Among the largest disconnects:

Reaching Teens at a Younger Age