New insurance claims data from the Allstate Insurance Company shows an average of 67,500 homeowners insurance claims occur during the holidays, and some threats to home security and safety rise significantly during the holiday season. A new survey also highlights how holiday pressures and changes in activities, behaviors and routines can leave homeowners vulnerable to home perils. 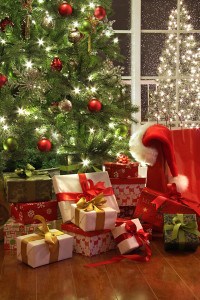 “The holidays are very busy for families and many have significant changes in the dynamics of their daily lives during this time,” said Kathy Mabe, president of the Western Territory for Allstate. “It’s important to understand how the holiday season can increase the risks to your home’s safety and security and to take the steps needed to keep your home hazard-free.”

The claims information indicates that holiday-related activities can cause one of the biggest holiday home hazards – fire – and the losses can be quite large:

In addition to fire claims, the holidays lead to significant increases in other types of claims. For example, claims for theft increase by 7 percent during the holidays, and sewer back-up claims increase by 19 percent.

New survey data shows that holiday pressures and changes in activities, behaviors and routines can leave homeowners more susceptible to home perils. According to the survey…