According to a recent report by Fitch, the insurance industry is underreserved by about $2 to $5 billion for latent exposures. According to the report, Fitch’s estimate is “based on the belief that the industry does not fare well in its ability to predict new major latent loss exposures—making it likely that prior underwriting years will develop unfavorably.”

Charlie Kingdollar, vice president and Emerging Issues officer for GenRe, who presented on the subject earlier this month at the Privacy XChange Forum in Paradise Valley, Ariz., said that there are many emerging issues to watch. With respect to privacy, insurers will likely see issues involving cyber attacks, nanotechnology and self-driving cars. Other areas to watch include sexting, cyber bullying and cyber security breaches. 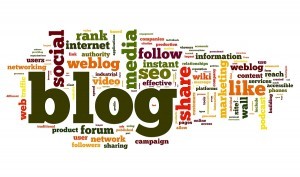 And though the internet has exploded with gripe sites, weblogs and chat rooms, Kingdollar said there hasn’t been much change in underwriting guidelines. The GenRe executive outlined these growing exposures:

Social media liability exposure has generated new questions: Do updates equal number of occurrences? Is each text and tweet a separate occurrence? Another concern is whether the risk grows when posting on someone else’s blog or site, like Angie’s List.

The basic homeowners’ policy provides no personal injury coverage, though it can be endorsed. It is triggered “per offense” though he noted that offense is not defined.

Regardless of the line of coverage, litigating these types of claims can be expensive. Allegations can include allegations of trademark infringement, libel, trade secrets and defamation. He said the average award on the personal lines is $1.75M, while on the commercial side the average award is around $3.5M.

“For an exposure that we really don’t write,” Kingdollar said.

Kingdollar said the majority of insurers are ignoring this potentially costly exposure. In addition, these cases are so new that the average defense cost per case is still unknown.