A new survey of U.S. and Canadian insurers reveals that one in three insurers does not feel adequately protected against fraud, according to FICO, a predictive analytics and decision management software company. 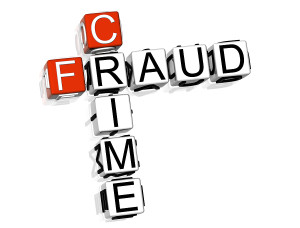 The survey, which focused on insurance claims fraud, revealed that insurers feel most vulnerable in the areas of premium leakage and new applications, when policyholders often underestimate or leave out such information as annual auto mileage that would have an adverse effect on the cost of the policy.

In the U.S., 42 percent of insurers foresee the mid-Atlantic states (New York, Pennsylvania and New Jersey) as being hardest hit by personal lines fraud.

Respondents also said they expect the biggest fraud loss increases to hit personal property, workers’ compensation and auto insurance. In terms of fraud by individual policyholders, 58 percent of insurers forecast an increase in personal property fraud, 69 percent forecast an increase in workers’ compensation fraud, and 56 percent forecast a rise in personal auto fraud. The majority of insurers (51 percent) attributed the increases in fraud to inconsistent economic recovery in low-growth areas.

While only 11 percent of insurers blamed the expected growth in fraud on the increasing sophistication of criminal rings, at the same time, 55 percent are seeing a rise in workers’ compensation fraud rings, and 61 percent are seeing a rise in auto fraud rings. The survey also found that 63 percent of insurers believe there is increased risk of fraud in no-fault states compared to states with tort systems. No-fault insurance has come under fire in recent years due to spiraling medical costs (40 percent more than in states with tort systems) and rampant fraud.

“Conventional industry wisdom has held that fraud losses average around 10 percent of claims volume, but according to our survey the actual number is significantly higher,” said Russ Schreiber, vice president of the insurance and healthcare practice at FICO. “Insurance claims fraud is big business—and it’s getting bigger. With more people resorting to fraudulent activities, and fraud rings becoming more sophisticated, insurers must step up efforts to protect good customers, uncover organized fraud and improve the effectiveness of specialized investigative units.”

When asked about how to fight the rise in fraud, the greatest cohort of respondents (20 percent) cited predictive analytics. Insurers also included the use of anti-fraud teams for specific books of business (17 percent), link analysis for detecting fraud (8 percent), and business rules for stopping known fraud types (7 percent) as useful fraud-fighting approaches.

The Insurance Fraud Survey included responses from 260 insurers throughout the U.S. and Canada who were surveyed in July 2013.