In February 2013, AM Best classified RF (radio frequency) radiation from wireless antennas as an “Emerging Technology-Based Risk.” This was based, in part, on an estimated 250,000 workers per year who may be over-exposed to RF radiation from the 600,000 governmental and commercial RF radiating antenna systems across the nation. 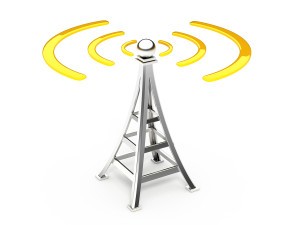 RF radiation injuries should be of concern to insurers, especially since their exposure to the risk is hidden within the lease contracts between the commercial wireless service providers (CWSPs) and landlords who lease space to those CWSPs for antenna systems.

Landlords who lease space to the CWSPs are completely unaware of the potential for injury from RF transmitting antennas and that they will be held liable for such injures. Typical site leases include a mutual indemnification clause, which would appear to protect the landlords from personal injuries that may be caused by the CWSPs’ antennas. However to enforce the indemnity provision, the landlords must demonstrate that the primary cause of injury was the fault of the CWSPs.

Who Has Liability for RF injuries?

The CWSPs employ hundreds of RF engineers and are the technical experts on anything involving RF radiation and its ability to cause injury to humans. Accordingly, prior to the lease being signed, the CWSPs have a “Duty to Warn” the unsuspecting landlords, and their insurers, of the RF radiation hazards associated with the lessee’s equipment.

By not divulging pertinent RF hazard information in the leases, the CWSPs may be attempting to use the 1996 Telecom Act as a shield in not warning the landlords. The Act precludes any discussion of RF radiation at municipal siting hearings. However, there is nothing contained in the language that enjoins the CWSPs from not informing the landlords of the hazards associated with RF radiation in the lease agreements they unilaterally create. Their actions are based solely on a business decision that has been used by other industries in the past…never mention the physical harm to humans that the product produces.

A landlord with full knowledge of their financial exposure to the liability assumed with the lease would likely either demand a greater monthly fee, or would decline permission to site on their property. It stands to reason that no business person would trade hundreds of thousands or more in attorney and legal fees associated with an RF injury, for a few thousand dollars of rental income per month.

Once a lease has been executed without proper disclosure, “Fraud in the Inducement” can be alleged by the landlord asserting that the CWSP concealed material facts associated with the hazards of their operations/equipment. The CWSP will have known at the time of negotiating the contract that by not disclosing those material facts, the landlord might be more inclined to sign the lease. Additionally, theories of “Intentional and Negligent Misrepresentation of Material Facts” may be brought against the CWSP.

Finally, there will be insistence that the CWSP has a “Non-Delegable Duty” to ensure full compliance with the FCC RF human exposure standard. Federal law, 47 CFR 1.130, establishes the FCC licensee’s (CWSP) duty regarding RF safety, which cannot be transferred to the landlord.

The insurers should not rely on the lack of RF injury claims to proclaim there isn’t a significant RF injury problem with workers being exposed to RF radiation on a daily basis. The lack of claims is the result of injured parties being unaware that they were over-exposed to RF radiation. Just one plaintiff’s attorney with an aggressive media campaign can quickly alter this lack of knowledge. As the population of workers becomes aware of the hidden RF hazards and their potential for exposure, claims will likely be filed by the thousands, and long term litigation will result, in similar manner to the way asbestos evolved. 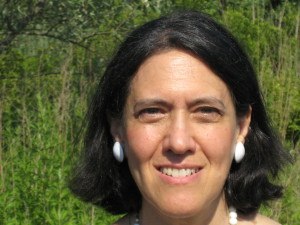 Gloria Vogel is senior vice president at N.Y.-based Drexel Hamilton, a service disabled veteran broker-dealer. She also teaches finance and metrics to graduate students as an adjunct professor at NYU-SCPS. Previously, Vogel was a contributing author on www.seekingalpha.com. She worked at Swiss Re and was an All-Star equity research insurance analyst at several major investment banks, including Lehman Brothers and Bear Stearns.

Juul Fights Mafia Law Designation in Suits Against Its Marketing