Italy’s Supreme Court recently upheld a ruling that allowed disability payments to a businessman who claimed his brain tumor was tied to his excessive cell phone use. Can this ruling potentially lead to future litigation in the U.S. and elsewhere? Can it somehow alter the insurance landscape? Yes, it can.

Until now, studies conducted over the years attempting to link cell phone usage to cancer have been inconclusive. The World Health Organization (WHO) most recently noted that radiation from cell phones can ‘possibly’ cause cancer, and it listed mobile phone use in the same carcinogenic hazard category as lead, engine exhaust and chloroform. But, the definitive causal link between cell phones and cancer has been missing.

The CTIA-Wireless Industry Association noted that WHO researchers did not conduct any new research, but rather reviewed published studies. Notably, most of those prior studies were funded by the wireless industry itself. However, this Italian court case introduced new evidence – the case referenced an independent study conducted by a cancer specialist in Sweden. The court ruling thus broke new ground in its decision.

While a single case and a single study may be challenged, any ruling by the Supreme Court of a nation has the potential to be used as legal precedent for subsequent cases. As such, the Italian court case may open the gates for future litigation, and its decision may extend beyond Italy’s national borders, since wireless has such a global footprint.

The insurance industry is in the business of insuring risk. However, top and bottom line growth has been sluggish in recent years, hurt by record catastrophe losses, price competition and slowing economies.

Pressured by low investment yields and the fact that many are not earning their cost of capital, insurers are attempting to raise premium rates in order to improve underwriting margins. Hurricane Sandy might further boost premium rate hikes. But new business remains a challenge, as slowing economies are still restraining new business growth.

Moreover, many insurance industry customers are becoming disengaged. As Michael McGavick, CEO of XL Group plc noted at the annual Monte Carlo Rendezvous, the insurance industry’s share of global GDP is shrinking. Insurers are unable to handle emerging risks, to provide innovative solutions, or to create new products wanted and needed by its customers. The insurance industry thus appears to be losing its relevance to the field of risk management, and its top line may be experiencing structural decline.

New risks are always emerging, and in the past the insurance industry would work with its clients to try and find solutions to mitigate those risks. For example, ACE Limited was established in 1985 by a consortium of 34 Fortune 500 companies to provide hard-to-find excess liability and directors’ and officers’ liability insurance. In 1986, 68 of the world’s largest companies came together and founded what is now XL Group to solve complex risks.

The risks of the mid-80s seem simple by today’s standards, and the industry is at a loss to understand, price and underwrite today’s emerging risks. No consortium of buyers and/or insurers is coming together to find an underwriting solution for those difficult risks. Instead, insurers are taking the easy path by simply excluding coverage for today’s hard-to-price risks. Solutions to the risk problems are being left to the businesses themselves. Consequently, many Fortune 500 companies are setting up captives for self- insurance. The insurers and reinsurers are losing out in this process – they aren’t providing needed risk management solutions and they are thus losing customers.

The big risks insurers face today – major catastrophic loss, terrorism, emerging risk of RF radiation, cyber security, etc. – are mostly being left out of the mainstream industry premium picture, with the expectation that future losses will also be eliminated. Unfortunately, that is not the most likely case scenario.

Flood from tsunami or storm surge is mostly covered by the government flood plan, while wind is covered by the private sector. But determination of wind versus flood as a cause of loss is often open to interpretation, and applicable deductibles can also create uncertainty. In addition to property damage, insurers can be faced with significant business interruption claims from such events.

Cyber attacks sponsored by foreign governments pose a threat to businesses on many levels, with contingent business interruption risk most probable. Such interruption can lead to reputational damage claims, D&O claims, etc. Exclusions in general liability policies will not necessarily protect the insurers from those other policy claims.

With respect to RF radiation risk, third-party workers performing their jobs on numerous properties with wireless transmission antennas are in a position to sue not just the wireless service providers for bodily injury liability damages, but also the property owners and any others that facilitated the placement of those antennas without hazard notification. Indeed, if cell phone usage can be linked to cancer, then workers who get close to transmitting antennas that are many times more powerful than cell phones, are even more likely to succeed with such litigation than the cell phone users. Given the many years of past exposure and number of workers involved, putting exclusions on current policies won’t eliminate future claims from prior policies.

Solutions to other emerging risks still need to be developed, but there is already a readily available no-cost solution for handling third-party worker over-exposure to RF radiation. While an immediate solution may not yet be available to protect those exposed to RF radiation from their handsets, a San Diego-based company, RF CHECK, Inc., has developed a solution to protect participants in the wireless ecosystem exposed to RF radiation at the numerous wireless antenna sites across the country. The wireless ecosystem includes service providers, and all those property owners hosting antenna sites, including government entities, healthcare, transportation and educational facilities. This viable solution will not only protect the third-party workers from exposure to RF radiation, but will also preserve a revenue stream for the insurance industry while improving customer service.

The Italian court ruling could open the floodgates on RF radiation claims. Without adoption of any solutions, the insurance industry could be faced with a repeat of its asbestos experience, even as it avoids writing current coverage via exclusions. That would most certainly change the insurance landscape. 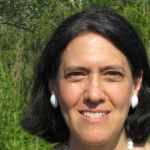 Gloria Vogel is senior vice president at New York-based Drexel Hamilton; a service disabled veteran broker-dealer. An adjunct professor at NYU-SCPS, she has worked at Swiss Re and as an equity research insurance analyst at several major investment banks, including Lehman Brothers and Bear Stearns.