Chrysler Group LLC, in a rare move, is resisting a push by U.S. regulators to recall 2.7 million older model Jeep vehicles, saying on Tuesday that the request is based on an “incomplete analysis of the underlying data.”

The National Highway Traffic Safety Administration asked for the recall Monday night after an investigation of the vehicles’ fuel tanks. Chrysler has been working with NHTSA on this issue for nearly three years. 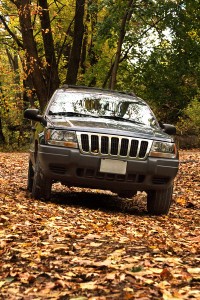 The NHTSA is seeking to recall the Jeep Grand Cherokee for model years 1993 to 2004 and the Jeep Liberty model years 2002 to 2007. The agency said the models have fuel tanks behind the axle, which leave them less protected in the event of a rear-end collision and could potentially cause a fuel leak and lead to fire.

Chrysler, the U.S. automaker majority-owned by Fiat, said in a statement that it does not intend to recall the SUVs and insisted that they are safe.

“The company stands behind the quality of its vehicles,” Chief Executive Sergio Marchionne said in a statement. “All of us remain committed to continue working with NHTSA to provide information confirming the safety of these vehicles.”

It is unusual for automakers to challenge NHTSA on such safety issues. In a statement, David Strickland, the top U.S. automotive safety official, urged Chrysler to reconsider its decision.

“The driving public should know that NHTSA is actively investigating this issue and is requesting that Chrysler initiate a safety recall and notify all affected owners of the defect,” he said. “NHTSA hopes that Chrysler will reconsider its position and take action to protect its customers and the driving public.”

In a June 3 letter sent to Chrysler, NHTSA said its investigation revealed “numerous fire-related deaths and injuries, fires that did not lead to deaths and fuel leaks in rear impacts.”

The agency said in the 13-page letter that 51 people have been killed in rear-end crashes and fires involving Grand Cherokee and Liberty vehicles.

“Our data shows that these vehicles may contain a defect that presents an unreasonable risk to safety, which is why we took the next step of writing Chrysler,” Strickland said.

The company said its analysis shows that fuel leaks and fires occur “less than one time for every million years of vehicle operation.”

Chrysler has until June 18 to formally respond to NHTSA. If Chrysler cannot convince NHTSA to drop the recall request, the safety agency could hold a public hearing on the matter.

Eventually, Strickland, who is NHTSA’s administrator, may issue a final decision and order Chrysler to conduct a recall. Even after that, Chrysler can challenge that order in federal court. NHTSA can take Chrysler to court to comply with the recall order. And, Chrysler may be forced to send letters to owners of the affected vehicles that it is resisting NHTSA’s recall order.

In the past several years, Chrysler has conducted 52 recalls, 49 of which were instigated by the automaker.

Refusing a recall is rare in the auto industry, although not unheard of. The last time Chrysler refused to recall a vehicle was in 1997. Toyota Motor Corp initially resisted the recall of its 2010 Prius hybrid for brake problems.

Ford Motor Co recalled its Freestar and Monterey minivans for transmission problems last year after years of haggling with NHTSA.