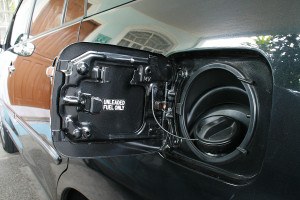 The National Highway Traffic Safety Administration said Thursday that it has added Cherokee and Liberty models to the probe, which began nearly two years ago.

The probe now covers an estimated 5.1 million vehicles and is focused on the SUVs’ gas tanks, which are mounted between the bumper and rear axle. The tanks can be damaged in a rear-impact crash and leak, causing fires. The agency says 15 people have died in 26 Grand Cherokee fires.

The investigation affects 1993 to 2004 Grand Cherokees as well as 1993-2001 Cherokees and 2002-2007 Liberty sport utility vehicles. Cherokees, which are no longer made, are smaller than the Grand Cherokee.

An analysis of crash data found that deaths from rear-impact crashes and fires occur more often on the three Jeep models than on comparable vehicles, the agency said.

It has upgraded the investigation from preliminary status to an engineering analysis “to determine whether the subject vehicles contain a defect that presents an unreasonable risk to safety,” NHTSA said in documents posted on its website. None of the SUVs has been recalled, although the investigation could lead to that.

“The vehicles are no more likely to experience this condition than their peer vehicles,” said David Dillon, Chrysler’s senior manager for regulatory affairs. He said he’s confident that NHTSA will not recall the vehicles.

The original Grand Cherokee investigation began in August 2010 and covered roughly 3 million vehicles. NHTSA started the probe after getting a request from the Center for Auto Safety, an advocacy group. The center contends that the plastic gas tanks are poorly designed and lack proper shielding.

Chrysler redesigned the Grand Cherokee in the 2005 model year, increasing its size and moving the gas tank forward under the cargo compartment, Dillon said.

The number of deaths in Grand Cherokee rear-impact crash fires is low given that the original 3 million vehicles were driven more than 300 billion miles over a 20-year period, Dillon said. In nearly all the fatal crashes and fires, the SUVs were hit in the rear at more than 50 mph, he said. Federal crash safety standards at the time required vehicles to withstand a 30 mph crash, Dillon said.

The agency said that some of the 5.1 million vehicles included in the investigation may have been scrapped because of their age.