Stop a crafty lawyer from setting this trap on you and your insurance company using the most powerful tool you have–the examination under oath.

There is a growing trend with med pay policies. Lawyers are setting a trap. They are sending a seemingly innocuous letter to a claims professional, attaching unpaid medical bills, and requesting that the bills be paid “according to the insured’s liability insurance policy”. These lawyers do not mention why the bills should be paid. They do not point out which of the policy’s provisions require that the bills be paid. They leave that to the claims professional to figure out.

The crafty lawyers make no mention of the med pay policy benefits for a reason. They do not want the claims professional to consider the letter to be a demand for med pay insurance benefits.

And that is the trap plaintiff lawyers set.And then they wait…They wait 3 to 6 months and then file suit for med pay benefits. Why? Because the plaintiff’s lawyer will be sure to demand attorney’s fees.

In the majority of jurisdictions, a person who slips or trips and falls or has an auto accident can make a claim for med pay benefits if the policy so provides. That person becomes an “omnibus insured” under the policy. Fail to pay attention to that lawyer’s canny letter and a lawsuit is sure to come. Why? Because most jurisdictions award attorney’s fees to the plaintiff’s lawyer for filing that lawsuit for med pay benefits. And once you pay on the med pay policy after suit is filed…your insurance company will be paying the plaintiff’s lawyer considerable attorney’s fees.

When you get that canny letter from the plaintiff’s lawyer, you have a decision to make. Tender the med pay policy limits or use the most powerful tool in your claims arsenal–demand an examination under oath. When that letter comes, you will now know that the claimant is an insured and you can demand that the claimant sit for an examination under oath.

In Florida, as in many other jurisdictions, the med pay claimant must sit for an EUO or risk losing med pay benefits. For example, in Florida, the court in Amica Mut. Ins. Co. v. Drummond, 970 So.2d 456 (2d DCA 2007) had to decide whether the claimant, Mr. Drummond, had to sit for an EUO after Amica made a demand for an EUO when he sent a letter for med pay policy benefits. The plaintiff’s lawyer refused to make Drummond available for an EUO. Amica denied med pay benefits. A lawsuit was filed. And the court held:

There is no dispute that Drummond and Auslander had a duty to submit to EUOs under the insurance policies. The question is whether Drummond and Auslander’s failure to appear for the scheduled EUOs relieved AMICA of its duty to provide Med Pay benefits coverage prior to the date the trial court found the breach occurred, which was October 5, 2004.

Thus, Drummond and Auslander’s failure to submit to the EUOs was a material breach of a condition precedent to AMICA’s duty to provide coverage under the policy. Because the condition precedent was never met, AMICA was within its rights in refusing to pay Med Pay benefits for treatment occurring after August 26, 2004. Therefore, the trial court erred in determining that AMICA was obligated to pay Drummond and Auslander Med Pay benefits for treatment occurring prior to October 5, 2004.

What can an examination under oath do for you? As the claims professional on the file, an EUO can help you:

An examination under oath is a deposition on steroids. There are no objections to questions or other obstructions to getting all the information you need to long as it is reasonable and part of your investigation. It is sworn fact-finding. Every insurance company has the right to demand an EUO because it is a right reserved to the insurance company in its insurance contract.

When should you demand an examination under oath? The sooner the better. The minute you get that crafty letter from the omnibus insured’s lawyer–set it up. You might be surprised by what you will learn. Or you might not learn anything new at all. But you will have done something very important to make the right claims decision. You will have:

○ locked in the insured’s testimony; and

○ gotten everything you need to justify your claims decision.

So next time that seemingly unimportant letter or email crosses your desk with medical bills attached asking you, the claims professional, to pay the bills “according to the insured’s liability insurance policy”, you now know the trap being set and the way to combat it. Pay attention and use the most powerful tool you have to address that letter. Demand an examination under oath. 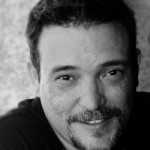 Carlos Mesa is a co-founder and managing partner of VazquezMesa, an insurance defense firm in Miami, Fla., and is general counsel and vice-president of NationalEUO–a national company assisting insurance companies with the claims process through the use of professional statements and examinations under oath.