Wildfires pose significant challenges to insurers. New, expensive homes built in areas encroaching forests, drier weather and the bark beetle infestation are among the factors that have increased the risk of wildfires.

According to Pitney Bowes’ Lamont Norman, a fire risk professional solutions engineer, the primary reason for an increase in wildfire risk is more people moving to the wildland urban interface band, a small band right at the edge of communities that touches highly vegetated areas.

“What we found is that there’s a band in there where you have high value properties that tend to be densely placed near one in another,” Norman said, citing Waldo Canyon as an example.

Weather plays a role too, with drier and warmer years becoming more prevalent. The drier the weather the greater likelihood of a wildfire, said Norman.

Last year, more than nine million acres of land across the nation were burned in wildfires. With several states already experiencing severe drought conditions, the National Drought Mitigation Center predicts 2013 will be a year of exceptional drought.

In western states, tree kill and the bark beetle infestation have contributed to a number of dead trees still standing. Norman cited an example of a Colorado fire that burned for months due to dead tree stands.

“The bark beetle infestation is running through trees and killing pine trees and leaving those tree stands,” said Norman.

In order for insurers to mitigate wildfire-related claims, they must understand fire behavior modeling and fire science.

“We found that when we include fire behavior modeling and actual fire science the wildfire risk is something that can be very easily and readily understood and managed by the insurance industry,” said Norman.

Norman said that past and present data can assist insurers in understanding fire behavior – determining its direction, how likely it is to spread and what kind of threat it poses.

Emberring is one method that helps determine wildfire risk.

“When a wildfire burns what it does it sends out little embers, that can go anywhere from the size of the tip of your index finger to the size of your hand, and they can go up to five miles away from a wildfire,” said Norman.

Another method, known as the fire return interval, involves determining the frequency of wildfires in a particular location. 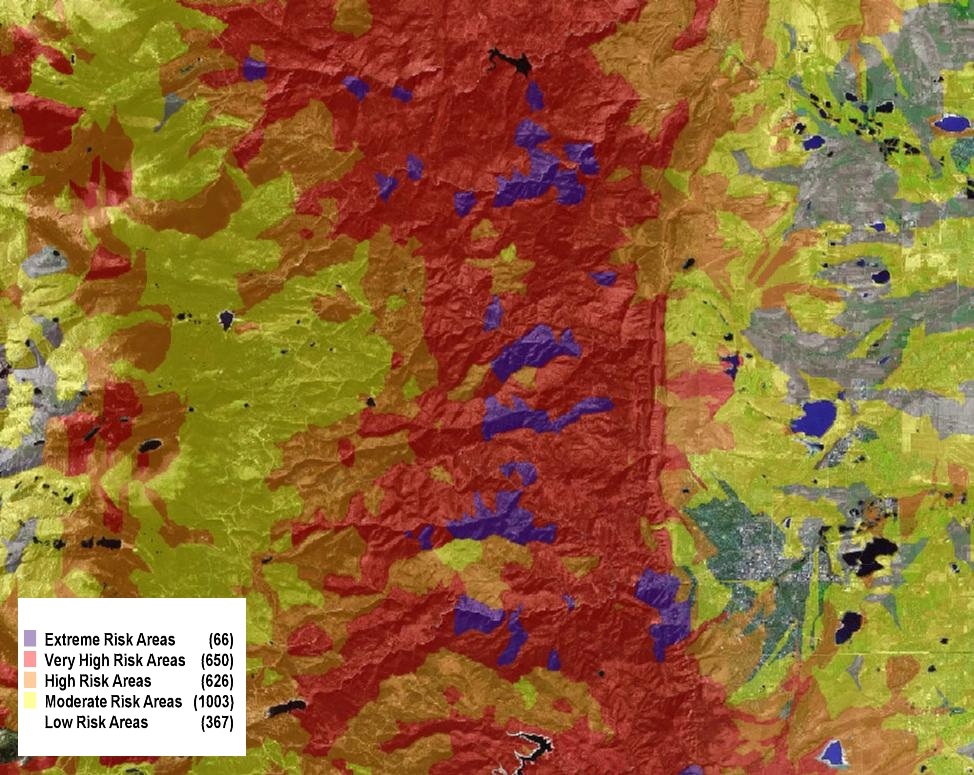 Pitney Bowes introduced Firerisk Pro, a location intelligence software, last year. The modeling software incorporates visualization which can be used to map policy locations with different colors differentiating the riskiest zones. It can even be used to detect fraud.