A U.S. safety agency has cleared the 2012 Jeep Grand Cherokee after an investigation into possible engine fires. 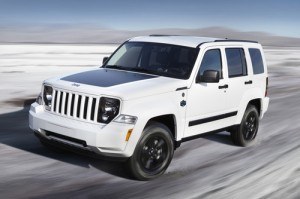 The National Highway Traffic Safety Administration began investigating 107,000 of the SUVs in July after getting complaints about power steering hoses coming loose and leaking fluid onto the engines. But the agency closed the probe last month and said the problem didn’t pose a serious safety risk.

During the investigation, the agency found 24 cases in which hoses had blown off their fittings. The problem was traced to a defect inside the hose that was fixed at the factory shortly after the SUVs went into production. The agency says none of the leaks caused crashes or fires, and it’s unlikely that leaking fluid would reach any ignition sources. All the problems occurred within seven months of when the SUVs were sold, and all were fixed under warranty by Chrysler, which makes Jeeps.

“There have been no reports of loss of steering control, crashes or injuries as a result of this condition,” NHTSA said in documents posted on its website Tuesday. “There is no indication of loss of motive power or unreasonable safety risk associated with the alleged defect.”

NHTSA said that changes by the company that makes the hoses have eliminated the likelihood that the hoses will come loose. Still, the agency said it will continue to monitor the vehicles.

The investigation found five reports of engine fires, but NHTSA determined that all were caused by other factors.