U.S. auto manufacturers produce 15 million vehicles a year and there are about 200 million vehicles on the road currently, according to Donald Friedman, a Calif.-based engineer and co-founder of the Center for Injury Research.

While safety technology is being added to new cars, he said it can take almost 15 years to rid the roads of older car models.

In a paper to be released at next year’s experimental safety vehicle conference, Friedman will examine why 35,000 people are killed in auto accidents every year despite the fact that so many vehicles have been modified to meet current regulations.

“When they test the vehicles in accordance with the regulations and the dummy that’s called for, the dummy injury measures are half of what they are required to be; meaning that the vehicles ought to be very safe,” Friedman explained. 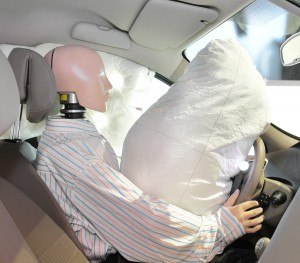 The auto safety expert concluded that had the same vehicles been tested with a dummy that was more representative of the people that they’re supposed to be protecting, the injury measurements would be much higher and would correspond to what is happening in the real world.

According to Friedman, crash test dummies are modeled after tests that were run 45 years ago on young, volunteer Navy sailors. During the tests, the sailors were instructed to hold their head and necks as stiffly and strongly as they could to resist inertial loading.

The volunteers used in that study are not representative of the typical population, the auto safety expert said.

The result, according to the CfIR founder, is that despite good results arising from crash tests using dummies people are still dying.

David Zuby, chief research officer at the Insurance Institute for Highway Safety, agrees that the average male crash test dummy may be too short and too thin to be representative of an average male today.

“The sizes and shapes of dummies that we use today are based on the size and shapes of people which is probably not up to date for today’s populations,” Zuby said.

While the most used dummy in crash tests is representative of an average adult male, Zuby said the Institute uses a variety of dummies in its tests. Dummies representative of young children up to age 6 and of petite women and large-framed men are also used.

In the future, computer models of human bodies may be used in simulated crashes to better measure injury tolerance in an accident.

“Then you can get a read on what’s happening in bones that actually do break, rather than try to infer what might happen to a bone that breaks from a measurement made on a dummy that can’t break,” the Institute’s chief research officer said.

“There a whole lot of others tools and ways to use the dummies that allow them to be less of a limitation then it might seem at the surface.”