In 2011, more than 62 million people lived in residential homes governed by a community association, including homeowners associations, condominiums, cooperatives and other planned communities. According to the Community Associations Institute, more than 314,000 communities in America are considered to be part of this growing residential movement. 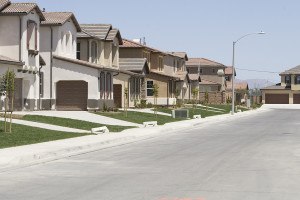 While insurance coverages for community associations haven’t changed much in recent years, the exposures facing this class of business have, Dow says.

Claims for this class have also been on the rise. “Both the frequency and the severity of the claims are becoming greater,” he says.

Dow says plaintiff attorneys also are finding more ways to involve community association directors and officers liability coverage, which associations must have to protect volunteers serving on the board of directors.

“What we are seeing now is plaintiffs and the plaintiffs bar attacking the D&O coverage in ways that they had never contemplated previously. It’s almost like taking a shotgun approach to the coverage,” he says.

“If you have a plaintiff that gets injured on a community association grounds they might go to an attorney and the attorney says, ‘OK, what do they have for insurance?’ Whereas it used to be if they tripped and fell around the pool area then it was considered probably a general liability loss.”

Betsey Brewer, senior vice president and partner for The Rule Co. based in Pasadena, Calif., agrees.

Plaintiff attorneys are getting more creative in every area of insurance, Brewer says. “It’s very interesting to see where they are adding complaints to get an insurance company involved even though they are suing for something that is really not insurable.”

Attorneys today are crafting complaints so that they trigger coverage under the D&O where they hadn’t previously, Dow says.

“Generally in D&O liability insurance the duty to defend is greater than the duty to indemnify. So although you might not have an obligation to provide for an indemnity judgment under a D&O policy you certainly have to defend the action,” Dow says. And it’s in defense costs where the majority of the monies are spent by insurance carriers defending and settling claims.

One area that could have significant impact on the community association D&O marketplace involves those with a board of directors sanctioned neighborhood watch committee, Dow says.

At the center of this debate is whether the community association in a gated community could be liable if something goes wrong, as in the shooting and death of Trayvon Martin by George Zimmerman, a resident and member of a homeowners association’s neighborhood watch group in Florida.

Dow says in a D&O liability policy a wrongful act is defined as any act, error, or omission or failure to act — a pretty broad term. That definition paints the picture of what insurers are up against, he says.

“The whole issue is a powder keg right now,” he says. “If you do put together a neighborhood watch … and someone is armed … it just opens a Pandora’s box of issues that associations need to think about.”

The problem in the Zimmerman/Trayvon Martin case is that the homeowners association’s board of directors never intended for a member of its neighborhood watch committee to shoot and kill somebody, says Brewer.

“Because Florida has as a stand your ground law there was some protection. The commercial general liability and homeowners policies will defend but the judgment will determine the amount,” Brewer says. This leads to the association’s board being sued for having a neighborhood crime watch and selecting the people who populate it.

“Possible claims under this scenario could be a claim for negligence on the part of the board for allowing certain hot heads to become members of the neighborhood watch, and not offering proper oversight from the board,” Brewer says. Or take the opposite scenario: “If you didn’t monitor what they (watch committee) were doing, monthly or weekly reports on what they were doing, you would have a negligence.”

Brewer says it would be more likely an association’s board would be sued for negligence when it comes to neighborhood watch groups because it’s easier to prove than a breach of fiduciary duty.

Setting up committees of the board — such as a neighborhood watch group —if done in accordance with the community association’s bylaws and with the consent of the majority of homeowners in that community, offers some liability protection for its directors and officers. However, neighborhood watch committees are not something Brewer recommends when it comes to community association risk management.

“I would not encourage a board to have a board sanctioned neighborhood watch group. And if there was one formed, I would do it under auspices of the local police department,” she says.

“All carriers, especially the umbrella carriers, the general liability carriers, ask, do you have armed guards?” Dow says. “Armed guards have traditionally been problematic and in the wake of Trayvon Martin, it will become an even a bigger issue.”