The U.S. Senate could leave town this week for a monthlong break without passing legislation to protect the country’s electrical grid, water supplies and other critical industries from cyberattack and electronic espionage.

Congressional sponsors of the bill scrambled Wednesday to overcome Republican resistance, but they appeared short of the votes needed for passage despite dire warnings from top national security officials about the potential for devastating assaults on the computer networks that control the country’s essential infrastructure.

The President urged lawmakers to pass the legislation as soon as possible.

“He strongly, strongly believes that this nation’s well-being is at risk from cyberattacks and intrusions,” said John Brennan, the president’s assistant for homeland security and counterterrorism. “We find it hard to believe there is any reason or basis to oppose this legislation.”

The owners and operators of critical industries reported nearly 200 cyber intrusions in 2011, a nearly 400 percent increase from 2010, according to the Cybersecurity Act’s main authors. U.S. companies lose about $250 billion a year due to theft in cyberspace of intellectual property, they said.

Attackers are also becoming more aggressive, moving from the theft of data to the disruption of networks, said Army Gen. Keith Alexander, the top officer at the Pentagon’s Cyber Command. “Our concern is that they’re going toward destruction, which would have significant impact,” Alexander said.

The Cybersecurity Act would create a framework for federal agencies and the private sector to share information about cyberthreats or malicious software that can destroy computer networks if it’s not detected. 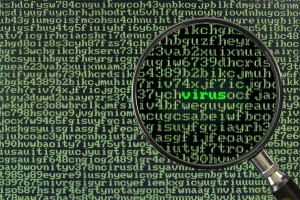 The principal issue in the Senate is what role the government should play in protecting U.S. businesses from cyberattacks. Republicans have argued that the bill would lead to mandatory rules imposed by Washington that would only increase the private sector’s costs without substantially reducing the risks.

Senate Majority Leader Harry Reid said major changes were made to the legislation to accommodate Republican concerns, and he accused Republicans of playing politics with a pressing national security issue.

Senators are scheduled to vote Thursday on Reid’s motion to limit debate and force a vote on the bill. But a super majority of 60 votes in the 100-member Senate is required to pass the motion, and Democrats only have 51, plus two independents who generally vote with the party.

Congress is scheduled to go on its August recess at the end of the week and won’t return until after Labor Day.

Senior national security officials, including Gen. Martin Dempsey, the chairman of the Joint Chiefs of Staff, have been calling for Congress to act now on comprehensive legislation to deal with cyberthreats.

The new version of the bill offered incentives, such as liability protection and technical assistance, to businesses that voluntarily participated in a government-managed cybersecurity program. Industry associations and groups would be involved in developing the standards needed to blunt the risks of cyberattacks, according to the revised legislation.

The U.S. Chamber of Commerce, which has been an influential voice during the debate, said the voluntary program was nothing more than a “springboard” to federal regulations that would take time and money away from efforts businesses already have under way to protect their networks.