Discovering product failure trends in claims that can be used in mass tort actions can lead to increased subrogation recoveries, said Robert A. Stutman, a subrogation attorney who has handled thousands of property subrogation cases with values up to $300 million.

“First party people are the success of any subrogation,” according to Rick Rectanus, manager of the Commercial Markets Property, Auto and Liability Department for Liberty Mutual. “They are the best and first witness to marking this trend.”

He said independent adjusters may hold knowledge, too.

“Start a dialogue with front line adjusters,” Rectanus said. These types of trends are first communicated through word of mouth with adjusters out in the field, he said.

The first thing adjusters should do, according to Stutman, is identify the types of losses involved and retain the evidence.

“Without evidence, you have no claim,” Stutman said.

The presenters, who spoke at the recent Property Loss Research Bureau national conference in Orlando, Fla., offered a definition of a product failure trend as “a tendency for a product to fail repeatedly for the same or similar reasons.”

It’s important to note that not all products that fail and cause water damage meet the above definition. That’s because the issue could be related to insured misuse, the presenters said.

The presenters cited an example of a successful mass litigation involving a product failure.

The litigation involved washing machine hoses. As an adjuster, Rectanus encountered a bulging supply line two to three times per week. He investigated each claim by inspecting the scene and taking photos of the backside of washing machines. He said he filled up the trunk of his car with the supply line evidence. He sent a box of evidence back to his home office periodically. Finally, a loss occurred in a brand new, million dollar home. The owners had the washer and dryer hooked up and left to close up their other home. While they were gone the house sustained a hundred thousand dollar water loss. The company discovered the washing machine supply line was to blame and filed a mass suit against the manufacturer.

After getting experts on board, Stutman said they were able to prove a defect existed.

“What we were able to show is that all had the same defect,” he said.

There were cases from every state, according to Stutman.

“We had on behalf of 27 insurance carriers, 7000 washing machine hose claims,” Stutman said.

The manufacturers tried to sever out the claims into their individual jurisdictions, he said.

“They will spend more money than the claim is worth to protect their good name and their company,” said Stutman.

In order to support mass product failure litigation, carriers need data to show the frequency of the loss and the common defect, he said.

“It started with recognizing a trend,” Rectanus said.

He emphasized the importance of knowing how to bundle claims in order to get a handle on them. While a long and tedious process in the past, technology advances have made it easier for subrogation departments to conduct word searches and narrowly defined searches to identify product failure trends. 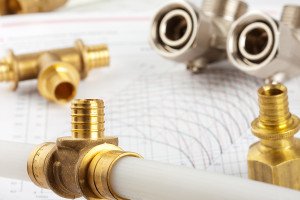 According to the presenters, current trend failures commonly occur with the following products:

Trends may not lead to mass tort actions but can be used to establish a playbook for consistent and uniform theories, Stutman said.

Stutman shared a case example involving Liberty Mutual claims. In 2008, the insurer noticed a lot of claims involving supply lines in sinks, cabinets and toilets. The company initially wrote them off as an issue with age or wear and tear. The manufacturer even suggested the problem was due to overtightening by the installer.

According to Stutman, the case became even bigger than the washing machine hose failures. The company was able to leverage the benefit of using an expert by assigning 500 plus claims for review.

The expert determined the polymeric coupling nut failed at the same location every time. A flyer was sent out to adjusters describing the issue with accompanying photographs. The flyer requested that adjusters retain the evidence and a form was created to obtain basic information. Included on the backside of form were directions on how to remove the supply line by hand and send it in.

There were a total of 3189 claims. 87 percent were supply lines, 60 percent toilets. In terms of expense, Stutman said this was a low cost program to identify a product failure trend with the potential for a high rate of subrogation recovery.

He explained that prior to the mass tort option, evidence was sent in for failure analysis, if retained at all. A report might state the product malfunctioned and an individual claim would go to intercompany arbitration or suit, he said. The manufacturer would argue misuse, failure to prove defect, age of product and comparative fault and the overwhelming outcome was that the carrier would lose, Stutman said.

Now, utilizing the mass tort option, a carrier can establish a program to identify and retain the product in question. Experts from multiple disciplines are hired to analyze hundreds of failures, rather than one at a time, he said. A common defect is confirmed and test litigation is filed around the country, Stutman said. Mass tort actions are filed so small claims can be grouped together and litigated cost effectively.

Even more beneficial is that smaller companies can join larger companies in these actions, Stutman said.

Rectanus emphasized that bundling losses means thoroughly explaining the program to adjusters. Not only by providing an easy way to gather the information or but also keeping everyone up to date on progress, he said.

Sharing the results acts as repayment for adjuster efforts, he said.

The results of bundling product failures in subrogation recovery efforts have been very effective for Liberty Mutual.

“Our recoveries last year were greater than our profit,” Rectanus said.

Stutman recommended insurers notify agents about product failure trend programs. “If the agents know about the program than you can catch those early,” he said.