Military service personnel who survive the hazards of war return to face new risks on domestic roadways, according to a study by USAA.

According to USAA’s “Returning Warriors” study, troops coming back from deployment had 13 percent more at-fault accidents within the first six months of returning when compared to the six months prior to deployment. 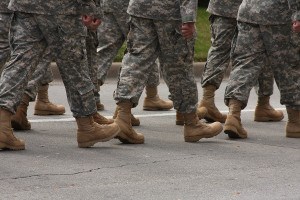 Enlisted ranks were more prone to such accidents than officers, and those in the Army and Marines had much higher crash rates than those in the Navy or Air Force.

“Our men and women in uniform put their lives on the line when they deploy in service of this country, but they can face new threats to their safety when they come home and get behind the wheel,” said retired U.S. Army Maj. Gen. Kevin Bergner, president of USAA Property and Casualty Insurance Group.

Professor Erica Stern of the University of Minnesota has also studied the driving experiences of returning soldiers and has found “carryover” driving behaviors that may help explain some of this increase. Troops’ driving maneuvers were useful in deployment but may add risk on American roadways. For example, soldiers commonly describe driving at inappropriate speeds and reluctance to stop at intersections.