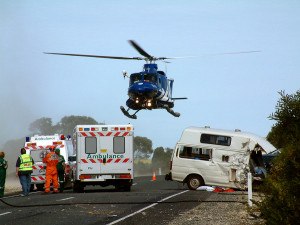 According to the seasoned defense attorney, catastrophic injuries can be described as:

First responders, according to Kaminski, are “really important” in defending these claims. For any catastrophic injury claim, he recommended adjusters and defense attorneys and consider interviewing and obtaining records from paramedics, ambulance personnel, police, emergency room personnel and the family doctor.

Kaminski said this is because they will provide good information not only about the facts, but also about the nature and extent of an injury.

Getting the records early is key, he said. Besides requesting all of the medical records, early investigators should obtain a statement from the claimant that includes a description of the diagnosis and an assessment by healthcare providers.

According to Kaminski, emergency room doctors and a claimant’s regular physician are unbiased and provide good testimony.

“They will give it to you straight,” he said.

Adjusters should look for a differential diagnosis. Every doctor will do it, but you won’t see it on a chart, Kaminski said. This is when the doctor is not sure of the cause of an illness or injury and will do history-taking, considering alternative causes or diseases.

There are some red flags that investigators want to be cognizant of when reviewing medical records.

Kaminski drew attention to false imputation, which is a form of malingering where a claimant is motivated by external incentives. Malingering is defined by the American Psychiatric Association (APA) as the “intentional production of false or grossly exaggerated physical or psychological symptoms, motivated by external incentives.” There are three forms of malingering outlined by the APA:

Adding a psychological component is another way to increase a claims’ value, said Dr. David R. Price, a psychiatric claims review consultant and owner of The Forensic Network.

If a claimant uses the term “hyper vigilant” in conversation, it should be red flag to an adjuster. Price said it’s a term used in cases involving post-traumatic stress disorder (PTSD).

The first formal diagnosis for mild or major brain injury was in 1952. In 2013 the definitions will be updated and for the first time will include PTSD, according to Price.

According to Kaminski, plaintiff counsel’s strategy to build a catastrophic injury case will include:

“This is where an attorney will build a case around the limits,” Price said of the last strategy. This occurs where states allow plaintiff counsel to obtain an insured’s policy limit information.

Plaintiff counsel has also been known to use another strategy called the “wedge” strategy. The strategy is designed to put pressure on an insurer by presenting a time limit demand that may include reference to an insured’s company assets. It’s essentially a threat to drive a wedge between an insured and insurer, Kaminski said.

The California defense attorney recommended canvassing the medical record entries which may lead to undisclosed records. While costly, videotaping all medical provider depositions may be worthwhile. Providers may not be prepared and a question may elicit a different answer during depositions than during trial.

Adjusters and defense attorneys should also consider attacking the strength of the medical opinion by offering multiple scenarios. This allows the opportunity to exclude more of the opinion because a provider many not be able to testify to probability.

In defending catastrophic injury cases, typical experts will include some or all of the following:

Price offered a warning on the use of neuropsychologists as experts. They rarely treat patients; therefore, their perception may be skewed, he said. Neuropsychologists are always evaluating patients, but never analyzing normal people. As a result, their conclusions will not be consistent with the evidence presented. He likened them to chiropractors. Price added that almost everyone will be impaired on some tests, especially due to cognitive age decline.