The gecko, caveman and sales clerk Flo might want to check their retirement plans. Their brands are getting overshadowed by competition from “upstarts” like the Allstate mayhem man, State Farm’s QB Aaron Rodgers and the Farmers University professor. 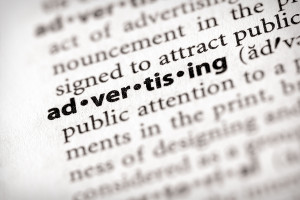 The Geico and Progressive brands have been declining since the fall of 2010, while State Farm, Allstate and Farmers Insurance have been riding their own quirky campaigns to success in the insurance brand buzz wars, according to YouGov BrandIndex, a company which assigns a “buzz score” to thousands of brands. The company bases its scores on consumer feedback from its database of more than 2.5 million consumers, about 1.5 million of whom are in the U.S.

“We see a couple of brands over the last three years, namely State Farm, Farmers Insurance and Allstate, making some pretty good gains in this category. We’ve actually seen, on the other side, a brand like Geico and a brand like Progressive declining a bit on the buzz scale.”

Marzilli gives Geico credit for bucking the tradition of serious men in dark suits talking about insurance with its offbeat caveman and gecko characters and use of humor.

But Allstate, State Farm and Farmers have recently been employing their own humor—and lots of ad dollars- to beat Geico at its own branding game.

“There’s a ton of money that’s spent in this space trying to influence how people view these individual brands,” Marzilli told Insurance Journal.

The big insurers spend from $200 million to $700 million a year on advertising.

Buzz is largely a product of these advertising buys but other media including current events, company news, social media and even the rumor mill also play a part.

“There are really two things that we’re measuring with BrandIndex. One is what we call brand health. So we ask people questions about quality, value, satisfaction, willingness to recommend the brand, the general impression of a brand,” Marzilli said.

“The other component that’s very important is we ask people what recent news, advertising, or word of mouth they’d heard about the brand and if that’s been interpreted positive or negative. And those scores tend to be very closely correlated with, as you would expect, advertising effort, new campaigns, new stories, et cetera.”

BrandIndex covers 1,100 brands across 40 different industry sectors. It poses the same questions to all people across all brands, asking them to rate the brands positive, negative, or neutral on quality, whether they’re an insurance brand, an airline, a hotel brand, or a dining establishment.

The approach lets insurers or other companies see how they fare compared with their competitors in insurance.

Firms can also compare themselves to a basket of non-insurance brands that they think have a quality or value positioning similar to their own.

Among its questions, YouGov BrandIndex asks respondents: “If you’ve heard anything about the brand in the last two weeks, through advertising, news or word of mouth, was it positive or negative?”

Geico has been the leader in the insurance category with buzz scores for 2008 and 2009 hovering around 25. But by October 2010, Geico began gradually losing favor and its current score is at 21.

Progressive’s Flo character boosted this insurer’s brand to where it was averaging around 17, until its score also began to drop in the fall of 2010. Its present score is around 13.

Meanwhile, State Farm was plugging along around 19 until April 2009, when it began to rise, leading to its current score of 26. State Farm largely has its campaign with Green Bay Packers quarterback Aaron Rodgers to thank for its improved buzz. State Farm passed Geico’s score at the end of January 2011 and it has been the category perception leader since then, according to BrandIndex.

Allstate was up and down through the end of September 2011, depending on its advertising budget, going as high as 19 and as low as 15. But since October 2011, Allstate has risen to its current 21, the highest it has been since the beginning of 2008. That puts them in a tie with Geico. Allstate has risen on the strength of its “Mayhem” character played by actor Dean Winters, who has also appeared in the TV series “Oz,” “Rescue Me” and “30 Rock.”

Farmers Insurance has risen on the buzz index since it debuted its “University of Farmers” campaign in 2010 starring Professor Nathaniel Burke, who is played by actor J.K. Simmons. Farmers was averaging around 6 until it began to improve in late January 2010, moving from 5 score up to its present 13 score, right along with Progressive.

As for the use of humor in insurance advertising, Marzilli thinks it’s mostly a good thing.

“I think humor helps make a product that could be perceived as being very dry perhaps a little bit more interesting. If the commercials make somebody laugh or are argued as being clever and you can acknowledge that association between the laughter or the cleverness and the brand I think it can certainly make that brand seem more appealing to an individual,” he told Insurance Journal.