“Are you being numbered to death?”

That’s the question raised by Ed Kent, a Calif.-based insurance defense and claims practices partner at the law offices of Kent & Senen.

A Combined Claims Conference session on leveraging claims processes to increase subrogation returns had an answer, suggesting insurers would often be better off chasing results than numbers.

Christopher Tidball, an executive claims consultant at HyperQuest, Inc., described some of the metrics adjusters were measured on during his stint as an adjuster for a large insurer. The metrics included measuring time to contact, time to inspection, towing and storage, average payment made on a claim, claims closed with no recovery and even call duration.

“Adjusters were measured on 52 metrics,” Tidball said of the company he was with in 2005. 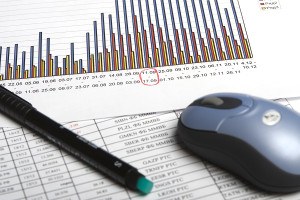 Besides overwhelming staff with measuring every single action, a company must consider how many people are needed to measure and analyze the data, Kent said. During a time when companies are trying to save money and cut costs, the added staff needed to review metrics can create greater expenses for an insurer.

Relying too heavily on metrics can lead to over-measuring, measuring the wrong metrics and unintended consequences, such as when there is time limit imposed on adjusters to inspect autos involved in accidents, according to Kent.

The conference speakers described an example involving an insurer’s two-hour auto inspection requirement from receipt of claim. A photo was taken by the adjuster, who was standing outside the already closed tow lot fence, showing the car from a distance. The experts emphasized that unrealistic metrics will cause the quality of the investigation to be affected.

The foundation of claims is timeliness, quality and accuracy, according to Tidball, who made the suggestion that rather than chasing numbers, insurers should chase results.

Effective claims metrics are accuracy driven, Tidball said. Companies should consider whether the outcome was the correct one for the given situation.

“One of the single most overlooked opportunity in any claims organization,” Tidball said in describing adverse demand containment.

After the data have been collected and analyzed is good time to communicate the results.

“It’s very important to communicate the results and understand them collectively,” Kent said.

Instead of relying heavily on metrics, Tidball recommends organizational improvement by leveraging people, processes and technology when trying to improve claims processes.

Companies should consider the end result desired rather than taking a one-size-fits-all approach, especially when considering metrics across all lines, Tidball said.

Process improvement involves defining current processes by mapping the life of a claim. Opportunities for improvement will be revealed, Kent said. Identifying process gaps will expose areas of leakage.

Another roadblock to improved processes involves the consideration time for a change to take place. They should be simple solutions that don’t take a committee, Tidball said.

Speakers cited one example involving a carrier that held onto subrogation files for more than 400 days, yielding a very low rate of return on uninsured recoveries. When closed after 50 days, recoveries shot up because the company focused on the files that would yield the best results or dollars, the speakers said.

Carriers can learn from transformational innovators across the business landscape, Tidball said.

The technology carriers can use to improve claims processes include predictive analytics, data mining, historical analytics, claims data warehousing and the Internet and social networking.

The greatest technology and most streamlined processes are meaningless without fundamental execution of the basics, according to Tidball and Kent.

“Technology is good but it can’t be used as a crutch,” Tidball said.

“Make sure it works to your benefit,” Kent added.

Both agreed that management needs to be on board with process improvements.

“Recognizing always doing it one way is not necessarily better,” Tidball said.

Companies can maximize efficiencies by examining the company claims model, headcount the ABC players, examining the workflow, and reviewing cost per claim.

Besides quality metrics, people are a carrier’s biggest asset and the most expensive, said Tidball. Employees account for 50-60 percent of a company’s operational budget.

Insurers should define the ABC players who make up the 20/60/20 rule. B players are the “bulk, hard workers. Where they go depends on the strength of the management,” Tidball said.

Change the mindset of employees from reactive to proactive, front load claims with aggressive contacts, timely inspections and settlements and hire for quality, the speakers recommended.

They also recommended claims teams spend time with applicants rather than relying on human resources to make the sole decision on new hires.

Accountability is important and Tidball recommends companies stop giving ribbons for participation. The focus should be on getting it right.

According to Kent, if a seasoned company adjuster takes poor statements, management should talk to him or her even if the adjuster has been with the company 20 years.

Tidball said that companies have to hold the claims team from top to bottom accountable for results.