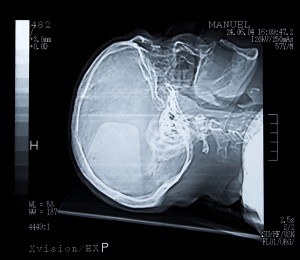 Among the more than 55,000 teen drivers and their passengers seriously injured each year in 2009 and 2010, 30 percent suffered head injuries, including concussion, skull fractures and traumatic brain injuries (TBI), according to a new teen driver safety report released by The Children’s Hospital of Philadelphia (CHOP) and State Farm.

While the report highlights a decline in teen driver-related fatalities over the past six years, researchers are concerned about the burden of motor vehicle crash-related brain injury on families and the nation’s health care system.

Crashes remain the leading cause of death for teens and kill nearly five times as many 15- to 19-year-olds as cancer or poisoning.

“Since full recovery from serious head injuries is often not achievable, there can be a significant life-long impact from these injuries on teens and their families,” says Dennis R. Durbin, MD, MSCE, lead author of the report and co-scientific director for the Center for Injury Research and Prevention at The Children’s Hospital of Philadelphia. “The brain is the organ that is least able to heal, so prevention is the best medicine.”

According to the Centers for Disease Control and Prevention (CBC), motor vehicle crashes are the leading cause of TBI-related death among 15- to 19-year-olds.

CBC’s annual report charts significant progress between 2005 and 2010 in efforts to reduce the number and impact of teen driver crashes and related fatalities. During this time, the number of teen drivers that died in crashes declined 46 percent – from 2,399 to 1,305 deaths. Deaths among their passengers also declined 41 percent, from 1,777 to 1,022.

In 2010, 1,849 fewer teen drivers and their passengers perished in crashes as compared to 2005. Researchers say this is a substantial public health achievement for those in traffic safety.

It’s in this variation that researchers see opportunities to realize further reductions in fatality rates. The dramatic variation is due, at least in part, to the strength of a state’s GDL law.

“The differences in fatality rates from state to state show that much more can be done to improve policies to more consistently prevent deaths among teen drivers and their passengers,” said Chris Mullen, director of Technology Research, Strategic Resources at State Farm Insurance. “States with comprehensive GDL laws have lower fatality rates than those with weaker laws. Primary seat belt laws and teen-focused initiatives to increase seat belt use will also help further reduce deaths and injuries, even if a crash occurs.”

A comprehensive GDL law includes at least 50 hours of adult-supervised practice under varied conditions; limits teen passengers for the first year of independent driving; restricts unsupervised nighttime driving; requires seat belt use for the driver and all passengers; and prohibits cell phone use.

The authors recommend that many of the states with teen crash fatality rates above the national average (9.5 per 100,000) close gaps in their GDL policy to reduce fatality rates. They also suggest utilizing evidence-based programs aimed at increasing belt use, reducing distractions, and teaching key driving skills, such as speed control and hazard detection, in keeping teens safe on the road.

Source: Center for Injury Research and Prevention at The Children’s Hospital of Philadelphia and State Farm