An examination under oath is one of the most useful tools available to insurers and when done right, can also be a help to insureds.

An examination under oath (EUO) is a formal proceeding during which an insured, under oath and in the presence of a court reporter, is questioned by an insurance company representative. 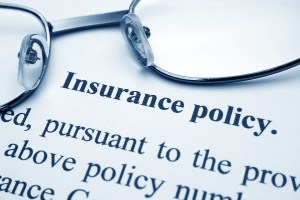 Property insurance policies typically set forth an insurer’s right to demand an EUO, along with all records and documents to support a claim.

An EUO enables an insurer to obtain all knowledge and information regarding the facts to decide its obligation and protect against false claims. It can help insurers determine the legitimacy of a first party claim and obtain evidence, like documents and witnesses, to help evaluate and adjust the claim.

“It’s one of the better tools to get information that you can use,” said Richard E. King, an insurance defense attorney and director at the law firm of Galloway, Johnson, Tompkins, Burr & Smith. “Widely used in Hurricane Katrina, not because insureds were being evasive, but because records were lost or destroyed.”

King was one of the presenters at a Property Loss Research Bureau Large Loss Conference who discussed examinations under oath.

“It [an EUO] can jumpstart an investigation,” said another presenter, Joffre Mishall, manager of general and executive adjusters at Zurich. “It’s a tool we can use to help prevent fraud.”

An EUO can uncover misrepresentations and assist in coverage decisions, according to Mishall. It can also help to impeach future testimony during litigation.

According to Mishall, the insured can benefit from an examination because it provides an opportunity to detail the claim at length. If the insured’s testimony is substantive enough, and documentation no longer exists, it may be enough to support the claim.

Another benefit is that it allows the parties to come together and focus on issues surrounding the claim, King said.

An insurer must provide a demand for an EUO in the form of a written notice in order to schedule one. According to King and Mishall, the letter to the insured should include the following:

Mishall said that it’s important to note that an insurer can schedule more than one EUO with an insured. Examinations can be scheduled with various individuals within an insured company who may have specialized knowledge of the insured business, or multiple examinations may focus on different aspects of a claim.

According to Mishall, those who can be present at an examination include the insured, insured’s attorney, and/or insured’s public adjuster; insurer, adjuster and attorney; court reporter or notary.

Unlike during a deposition, while attorneys may be present, they cannot participate in an EUO. Questions asked must be relevant and material to the loss, Mishall said. Reasonable questions include requesting information about an insured’s finances, possible motives for fraud and claims history.

Because the insurance contract is a voluntary one, an insured cannot plead the Fifth Amendment in refusing to comply with a demand for an EUO. “It is grounds for voiding the policy,” Mishall said.

Although an insured must comply to avoid breaching the policy condition, there are some valid excuses for an insured’s refusal to comply, according to the presenters. These include a defective notice of intent to examine, objection to unreasonable time and place, and denial of the insured’s right to have an attorney present. In addition, if an insurer denies coverage prior to the end of the time period to submit a proof of loss, it excuses the insured from complying with the demand.

EUOs are extremely useful in evaluating first-party property claims. “It’s a useful information-gathering tool,” King said. In fact, an insurer may receive the needed documents prior to a scheduled examination. In that case, the examination can be continued until it is determined whether it is still necessary to the evaluation of the claim.

In addition to aiding the claim evaluation, an EUO can result in information useful to retained experts. “It cuts down on the time it takes to evaluate damages and costs,” said Tracy Dodd, another PLRB presenter and toxicologist with U.S. Risk Management LLC.

Preparing for the examination requires formulating effective questions, the presenters said. They recommended comparing the insured’s claim with documents and expert reports produced by the insured. Discrepancies should be noted for further explanation during the examination.