The overall cost and frequency of so called $50 million plus “super losses” in the U.S. healthcare insurance sector are on the rise. 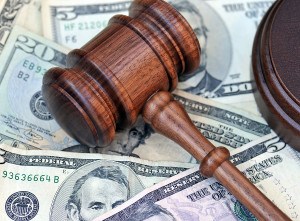 According to a report from specialist healthcare insurer Hiscox, the large losses keep on getting larger with juries in the last two years alone awarding more than $1 billion in total damages for just seven medical liability cases.

The rise in large claims is happening despite the clear benefits of the implementation of quality and patient safety measures, Hiscox said.

Record awards are being made in cases ranging from inadequate staffing at nursing homes to medical negligence in hospitals. Seven states in 2011 declared their largest ever medical malpractice awards, according to the report.

While many healthcare institutions continue to risk manage their more modest loss levels well, many others are experiencing mid-sized losses getting steadily larger together with a rise in frequency of catastrophic medical loss, the insurer said.

Also, while some cases have been, or will be revised down on appeal, there are clear signs that the overall trend in “super losses” is upwards.

“We have real fears that the bigger so-called ‘super losses’ are getting worse and becoming more frequent,” said Ian Thompson, senior vice president for healthcare at Hiscox, said.

Among the recent “super losses” cited by Hiscox are:

In addition, Thompson said there is increasing evidence that batch losses, where the insured has the ability to place losses together under a common aggregating cause, are also increasing in size and frequency. He cited a recent case involving the overuse of coronary stents in Maryland as a “good example of a batch loss that certainly has the potential to become catastrophic.”

According to Nick Williamson, healthcare actuary at the Bermuda-based insurer, more than half of all the largest healthcare claims in history have been paid in the last five years. Hiscox research also suggests that losses above $5 million are increasing at a concerning rate, from around 0.25 percent of all losses in 2000 to 0.7 percent currently and 1 percent by 2014. “That represents a significant change,” said Williamson.

Thompson said his firm is concerned that there is more bad news ahead in terms of healthcare industry claims.

“Given the question marks over the new accountable care organization (ACO) model as well as concern we might see another demonizing of the managed care industry the trend for all losses, big and small, could see more worsening, and in different areas,” Thompson said. “We are already seeing numerous and very public reports coming out of the hospital data privacy area, and challenging times appear to be ahead. With insurers charging premiums for catastrophic events often based on a 1 in every 200 or 300 year loss, it is time that the healthcare insurance sector took a careful look at its catastrophic exposures.”